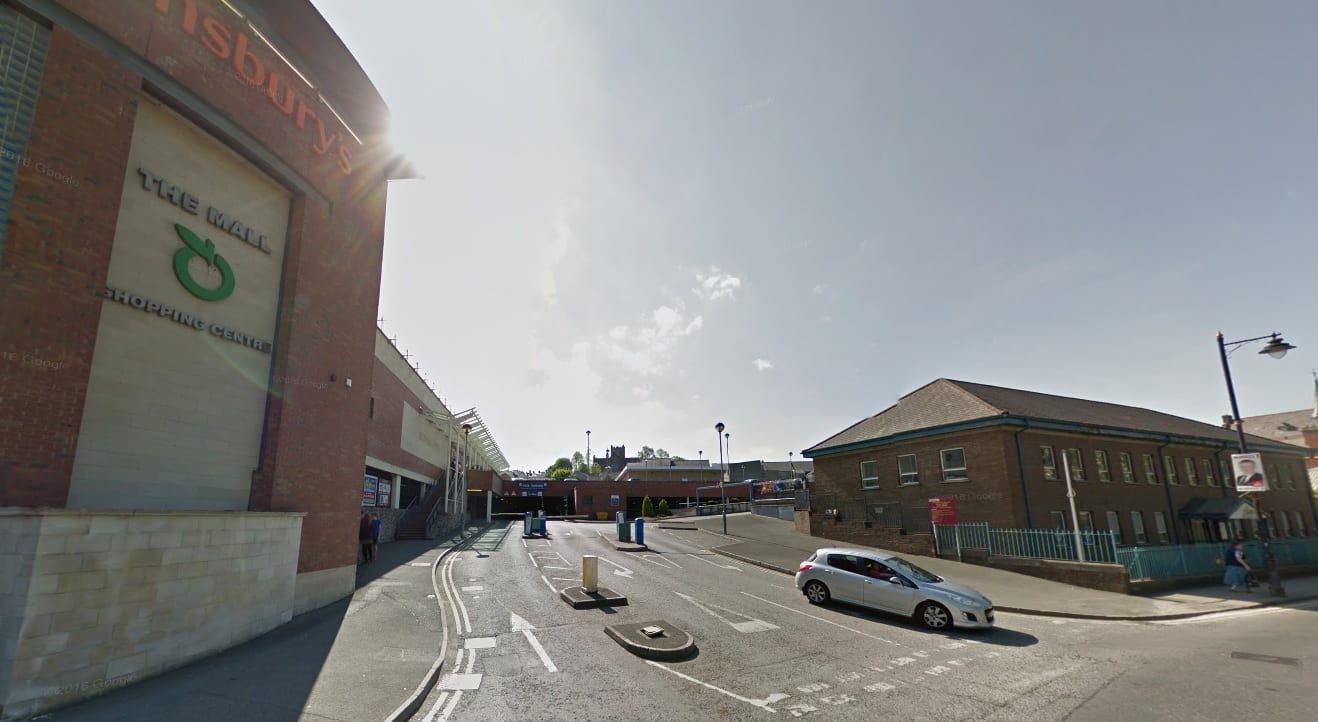 A huge £3 million retail development on the Mall has been stalled – because of a lack of interest.

A multi-million pound plan to demolish the former Department of Agriculture premises at Mall West and redevelop as retail units was approved back in the summer of 2014.

Work was expected to start more than two years ago.

To much fanfare, a preferred developer for the scheme had been unveiled.

But the Department for Communities has now informed Armagh City, Banbridge and Craigavon Borough Council that that developer was no longer interested in the project.

A number of factors have led to that decision.

And key amongst them has been a lack of interest from potential retailers to take on any units developed at the site.

Work was actually expected to start on the Mall scheme early in 2015.

Next to the historic Mall in the city, the development site in question consists of part of the existing multi-storey car park, adjacent land towards McCrum’s Court and the building previously occupied by the Department of Agriculture and Rural Development.

This important city centre site was identified as a key regeneration priority in the Armagh City Masterplan, which was published in May 2009.

He added: “The site offers a unique opportunity to regenerate this part of Armagh city and to connect the commercial centre of the city with one of its major assets, the Mall. The development will be a major boost for Armagh and create new retail space right in the heart of the city centre.”

The ABC Council will be keen to work with the Department for Communities to ensure that the opportunity to redevelop the site is not lost.

It is expected to feature on the agenda for the June meeting of the council’s economic committee.

The site also sits beside the former Mallview Service Station, which Armagh I revealed last month was on the market for sale.

Plans for a boutique style hotel will also have to come forward shortly at Armagh Gaol or the council will be forced to look towards alternative uses there too.