The Lissummon Tunnel is the ace up the sleeve 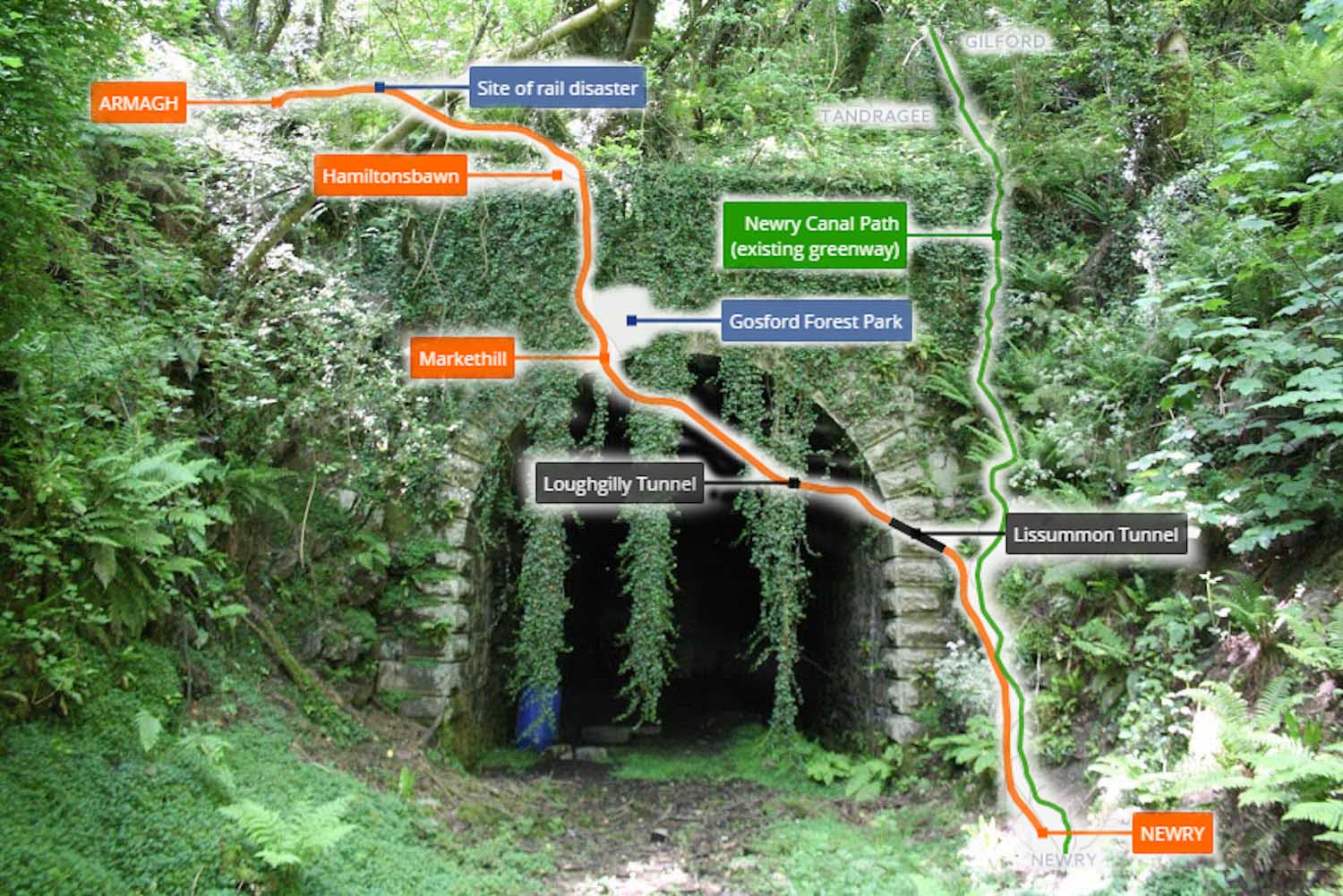 A pioneering plan to develop a 28km stretch of disused railway between Armagh and Newry has been put forward by NI Greenways.

The project, estimated at a cost of around £4.2m, would connect the two cities via Markethill in a traffic-free, pedestrian-friendly greenway.

On Monday, the Department of Infrastructure announced that three local councils are to receive funding of £25,000 each to develop Greenway projects in their area.

However, the campaign group behind plans to re-invent the country’s disused railway lines have stepped up their pressure to repurpose an abandoned railway line between the ecclesiastical capital of Ireland and the border city of Newry.

The route would also require substantial work to be carried out on the Loughgilly and Lissummon tunnels –  the latter of which was Ireland’s longest railway tunnel at one mile.

Two fully refurbished tunnels at Lissummon and Loughgilly would likely push the total project over the £5m mark. The group hope to make the Lissummon tunnel ‘the crown in the jewel’, similar to the recently opened Waterford Greenway, which included the conversion of the quarter-mile long Ballyvoyle Tunnel.

Early plans for the Greenway project would see the route travel close to Gosford Forest Park and with ambitious plans in the pipeline, the Greenway could add another dimension for visitors to the park.

An iconic Gulliver’s theme play experience and authentic log cabin style accommodation have been discussed by Armagh, Banbridge and Craigavon Borough Council as realistic options for the multi-million pound development of Gosford.

NI Greenways say that “this important inter-urban greenway can drive employment, tourism an active travel in settlements which have been relatively quiet since the days of the permanent way – and the Lissummon Tunnel is the ace up the sleeve”.

Last November, the Department of Infrastructure released a strategic plan for Greenways, which included a primary and secondary network.

Minister for Infrastructure Chris Hazzard set an ambitious £150 million plan to begin delivery of a 1,000km network of greenways across Northern Ireland over the next 10 years.

The Armagh to Newry route would require collaboration between two of Northern Ireland’s largest councils.