Photo shows how flytipping in Armagh is really taking the p*** 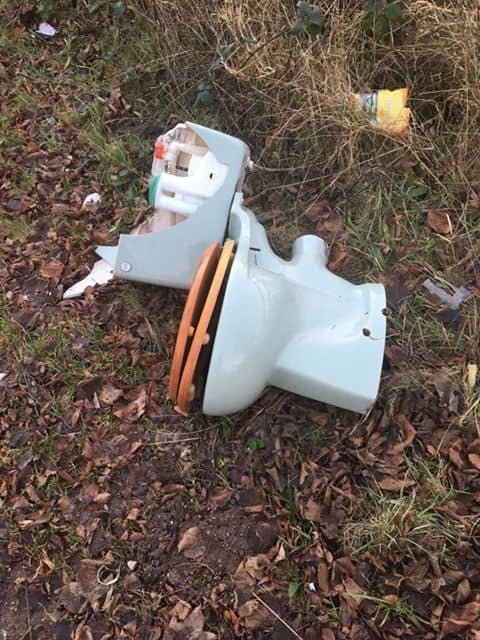 The latest item spotted dumped on the outskirts highlights a fly-tipping problem that really is taking the p*** now — quite literally.

This main picture shows the remnants of a toilet left just off a main arterial route in Armagh city, on the Lisbofin Road.

And it comes just days after Armagh I reported that 70 tyres were dumped off the same Moy Road in question once more.

The tyres appeared just beyond the Callan River Bridge.

SDLP coulcillor Mealla Campbell said: “There has been a considerable amount of fly tipping over the holiday period – this is just one example – a toilet brazenly dumped just off the main Moy Road – disgraceful – I have reported this to officers.

“Please contact me if you are aware of any further incidents or contact Armagh City Banbridge and Craigavon Council directly so that the necessary action can be taken.”

Cllr Campbell confirmed to Armagh I that the council were to remove the toilet as soon as possible.