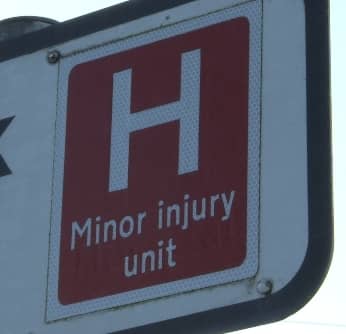 Armagh’s minor injuries unit has been axed for good.

A proposal to approve the permanent closure of the unit at Tower Hill has just been rubber-stamped this Thursday lunchtime.

The decision has been taken at a sitting of the Southern Health and Social Care Trust in Craigavon Area Hospital.

Trust Interim Chief Executive, Paula Clarke said: “We recognise the concerns that have been expressed about the loss of a local service from Armagh, but the Trust must make sure that we are providing effective, safe services which make the most of limited public sector funding.

“The Trust Board recommendation to permanently close the Unit will be forwarded to the Health and Social Care Board for their consideration and there will be no move to implement the plan until such times as Ministerial approval has been given.”

It comes after two periods of public consultation. The first was into the temporary closure and, when it never reopened, a proposal to make the closure permanent went out to public debate.

Suspicions had already been raised after it was revealed that the unit had more or less been gutted after its initial ‘temporary’ shut down.

The second consultation – which ended on Friday, September 11 – saw a proposal to stay closed brought back to today’s meeting and that has now been approved.

Only in August Armagh I reported from a public meeting involving the Southern Health Trust at the Palace in Armagh, where the officials present stood accused of being “short-sighted” in the proposal.

The facility had been closed ‘temporarily’ last November and was due to open again in March. The move had been a bid to balance the books for the Trusts as all departments at Stormont were facing financial pressures, none more so than health.

But the MIU in Armagh never reopened and was shortly followed by a proposal to axe it altogether, which went out to consultation.

The meeting in Armagh saw an impressive turnout of local political representatives, together with members of the Orchard Branch of the trade union Unison and members of the general public.

A petition demanding it be reopened was also set up and forwarded to the Trust officials.

But despite numerous arguments raised, including the need for local services for local people – rather than facilities in Dungannon or Craigavon, and the subsequent pressures on waiting lists there – its fate has now been sealed.