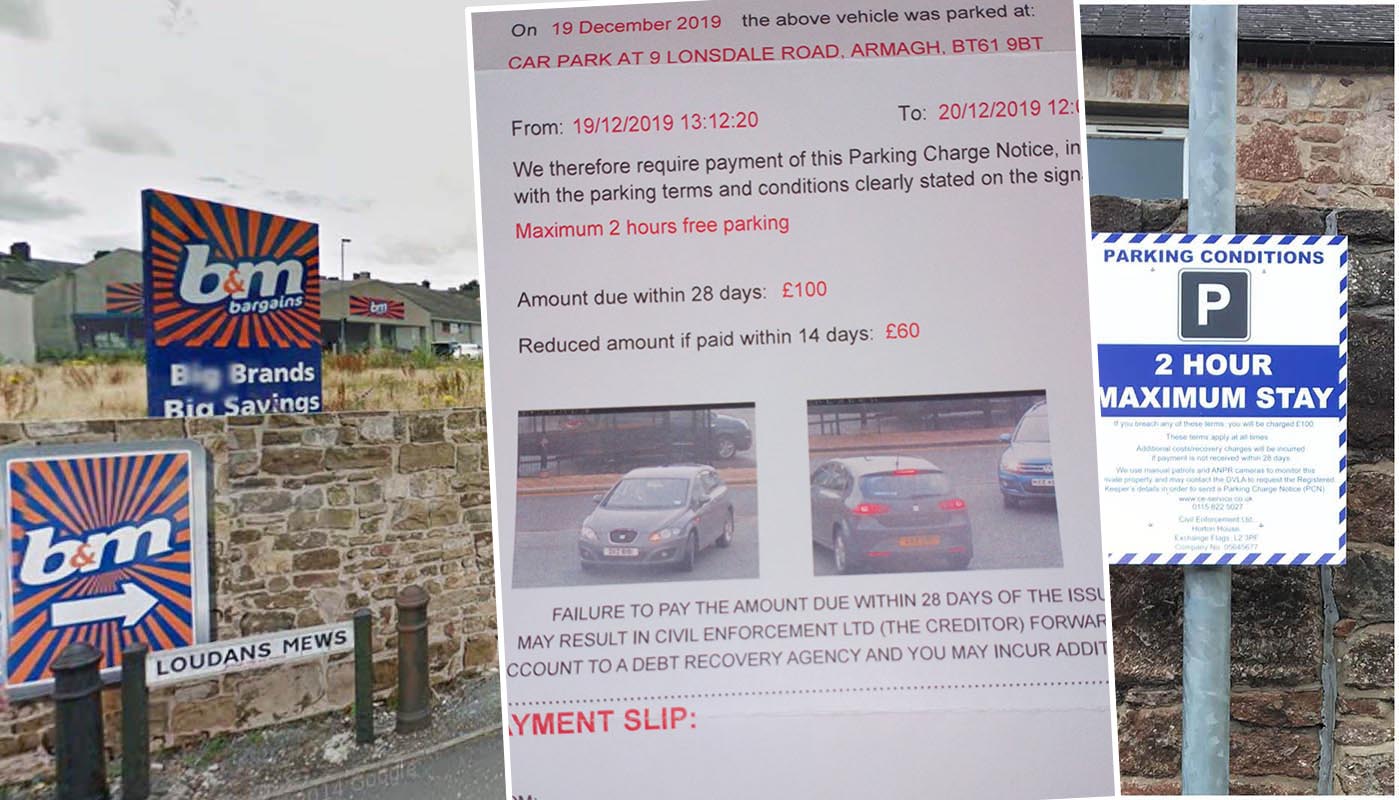 An Armagh pensioner was left aghast when she received a parking fine of £100 through the post over Christmas.

The 73-year-old was left “annoyed” and “shocked” when her postman delivered the demand through the door on Friday morning.

The letter – a Parking Charge Notice (PCN) – came from the company Civil Enforcement Limited, which is headquartered in Liverpool.

It stated that the car had overstayed the free two hours in the Lonsdale Road carpark – outside the B&M store – entering shortly after 12pm on December 19, before leaving again at midday the following day.

However, according to her son David Courtney, she only stayed a maximum of 15 minutes.

Contacting Armagh I, Mr Courtney said he was suspicious of the letter and wanted to warn others who may have “fallen foul” of something similar.

Explaining the situation, the Armagh man said: “My mother rang me in quite a state of both shock and annoyance as she is always so careful in regards to her parking.

“And she was fully intending to pay the fine only for ringing me at work and relaying what had just been delivered through the post.”

He added: “I instructed her to do nothing and I would look into it, and after brief investigation, I smelt a rat; the letter itself looks bogus, or not totally legal binding to say the least.

“I attempted to ring the firm anonymously to delve a little deeper, but the line is robot operated and for payments only, which is all very convenient.

“The website, if it could be called a website, has threatening language warning people of non-payment. For a woman of 73-years to be subjected to such behaviour is despicable.

“There is no way my mum would have parked the car there overnight for it’s like military precision with her and my dad as to who parks first in the driveway each night.”

Mr Courtney continued: “I would like to bring this to the attention of other road users in the Armagh area that may fall foul to wrongful demands.

“If they send out 10 letters and get even one person to pay, they’re on to a winner there. People need to be careful.”

This is not the first incident of its kind at this particular car park for last year, Armagh I reported how an Armagh mum was slapped with a £100 fine for dropping her daughter off – never actually leaving the car.

The letter then – like this latest one – claimed the driver had parked over night. The PCN was subsequently rescinded by the company.