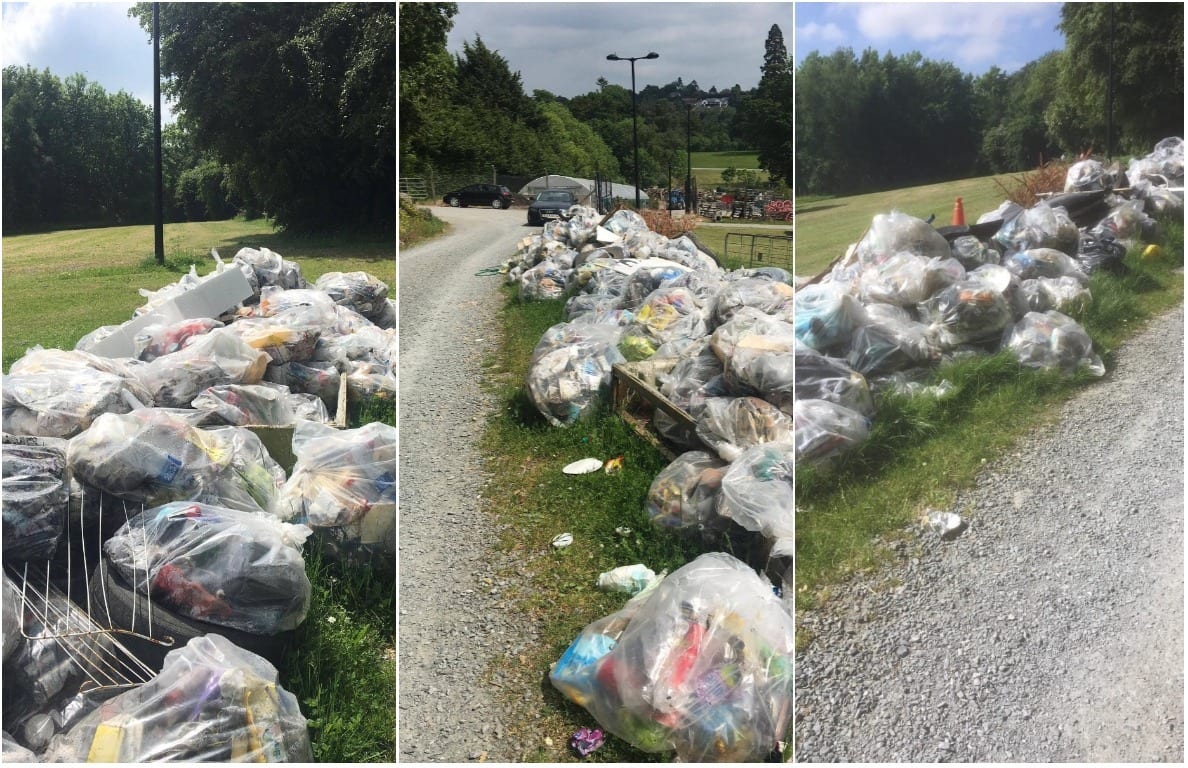 Bags of litter collected from roadsides around the borough were left piled up at the Palace Demesne for all and sundry to walk past.

And local SDLP Councillor Thomas O’Hanlon has questioned the logic of gathering rubbish then leaving it in a public place on the hottest days of the year.

As the mercury tipped above the mid-twenties, the scorching sun brought people out in their droves to the Palace Demesne Public Park to make the most of the weather.

But Councillor O’Hanlon said he had been contacted by a quite a number of people complaining about dozens of bags of litter and general waste lined up along the public path for all to walk past and see.

He said: “This is an area used by many involved in the parkrun, as well as casual walkers and runners and families.

“Today the place was a hive of activity with young families using the play park and having picnics on the lawn.”

Councillor O’Hanlon said he had been told the bags had been there for “quite some time” too!

“Not only is it unsightly, but in this beautiful weather the smell is dreadful,” he added.

“I have raised this with the chief executive and appropriate officers in council and asked that it is cleared as a priority.

“I’ve also asked why it was left here in the first place.

“There is no point in clearing litter from streets or the roadside if we’re just going to dump it at the edge of a much used public path.”