‘Out of sight and out of mind’: Is Ogle St Armagh’s forgotten street? 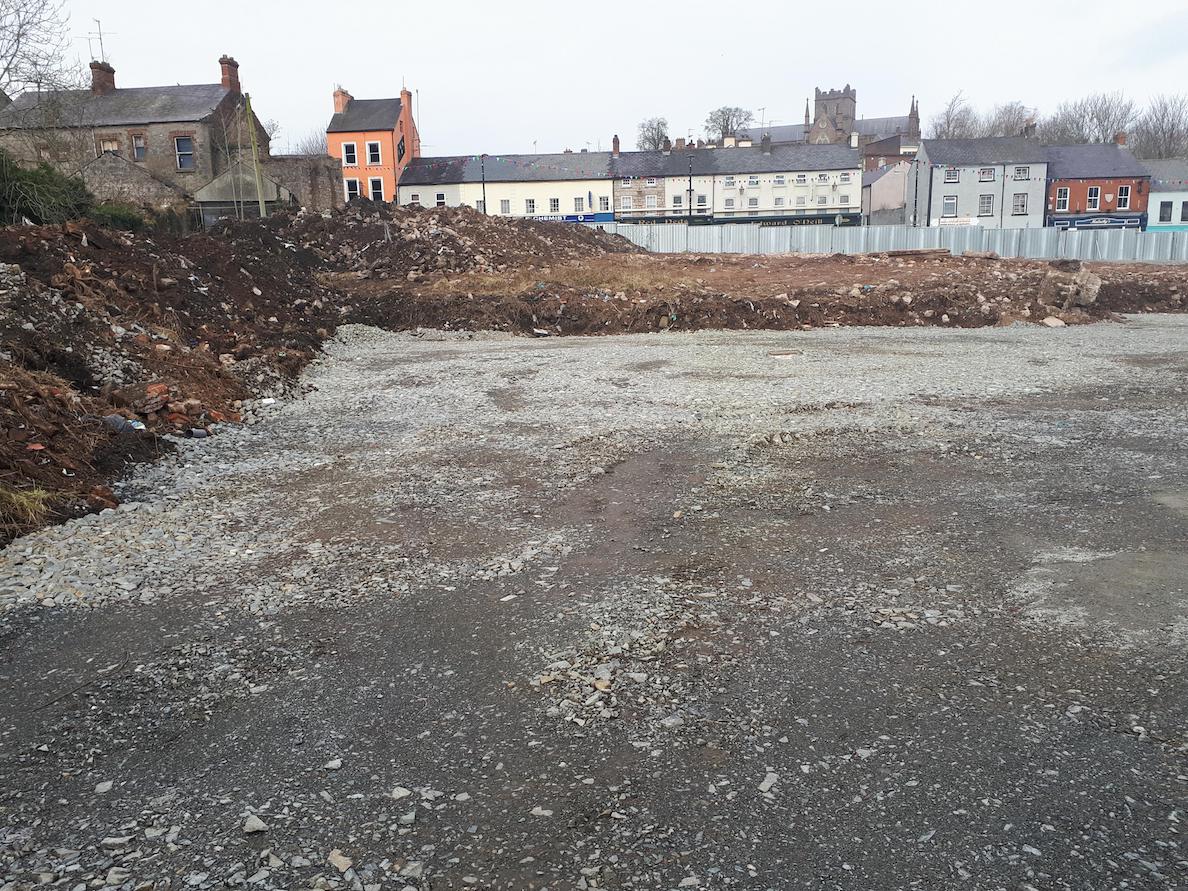 More than 20 years after a large portion of it was flattened to the ground, Armagh’s Ogle Street – in the heart of the city centre – lies abandoned, despite years of promises, which ultimately have been broken.

With an investment of £6.3 million from the Heritage Lottery Fund pumped into regenerating properties across Armagh City; Ogle Street went completely untouched, despite being a major gateway to the city.

And this week, the developer who owns the large vacant site on the street, hit out at the lack of support and assistance that has come his way, and indeed the way of other properties on the street.

Speaking to Armagh I, the property developer, said it seems to be simply a case of “out of sight, out of mind”.

“I find it unbelievable that more than £6 million will be pumped into the city and Ogle Street will not see a single shilling of it,” he said.

“The whole idea when I bought that site was that there would be funding available to help develop it.

“While any funding is welcome in any areas of the town, I would side with the opinion that Ogle Street is unfortunately the forgotten street.

“I am endeavouring to do my best to get a proposal together to develop Ogle Street, and now with the change in the market, there is much more of a financial incentive to do it – on both sides.”

While the developer says he has short-term and long-term visions for the site, he is still open to ideas and anyone willing to speak with him.

“I have been very pro-active trying to get different interested parties in place,” he continued.

“Last Christmas, there was talk of a developer looking to come over from England and work on a joint venture with me but that never materialised.

“There’s currently a planning application in for the top part of the site between Bennetts and the bookmakers but that’s just phase one; the rest of the site is open to negotiations.

“There’s not enough shouting going on about Ogle Street.”

In recent years, artificial shop fronts and housing hoardings have been erected around the perimeter of the site and, while the developer admits it helps take away the negative view, it also acts as a deterrent to development.

“Because the hoardings are up on that street, it’s just forgotten about; out of sight, out of mind,” he slammed.

“If that hoarding was down and there were young ones running through wrecking about the place, drinking, and up to all sorts, there’d be some amount of shouting then.”

He continued: “If you’re coming into Armagh from Monaghan, Castleblayney or Keady, and going to come down to the centre of Armagh, the likelihood is that you’re going to come down Ogle Street. What sort of message does that send out to visitors? Even the view from the Friary Road is awful.

“That street was knocked down 21 years ago. It has changed hands with a number of developers over the years; developers the council have said would never work with them.

“I have told the council on more than one occasion that they are pushing an open door with me. If they have better ideas than I have I am more than willing to go and talk with them. That site is essentially a blank canvas.”

He says the site would invariably bring with it a potential windfall for council.

“Any development would see the council produce a net gain, I’m sure of that. You’re going to have people living there, whether it’s shops or apartments, people are going to be contributing to the local economy. It’s a no-brainer.

Across the UK, councils are looking towards bringing what is an ageing population back into town centres, something this developer has thought about on a personal level himself.

“My wife and I live in the countryside and it’s something we’ve begun to think about. More and more people are looking to get into town centres, you just have to look at how other councils are approaching it now; there’s a clear trend across the UK.

“And people are becoming more and more receptive to that, making that move back into town centres. We really need to be looking at this.

“Ogle Street is primed and ready for this sort of development. And I’m ready to work with anyone.”