Amber warning will remain in place until 11pm tonight 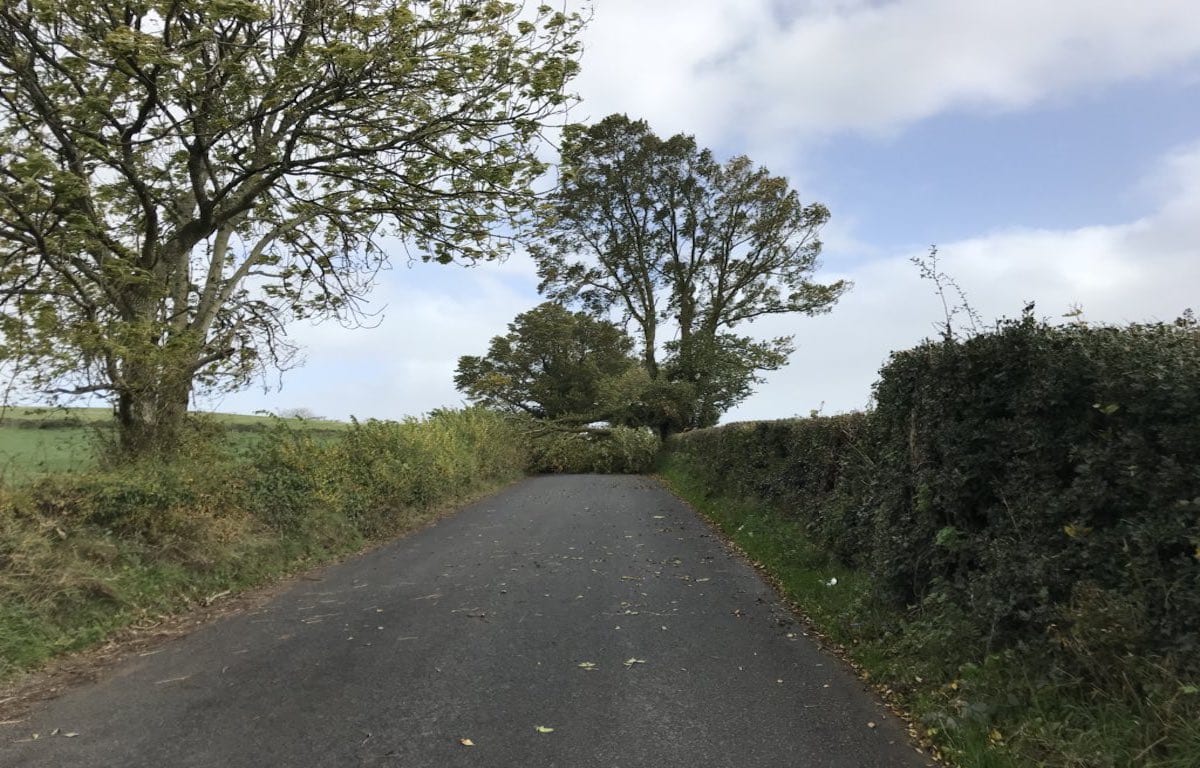 Storm Ophelia is really beginning to make herself felt across county Armagh now with trees felled and the M1 partially blocked.

A number of trees have fallen across the county with two early reports in McClenaghan’s Hill in Bessbrook and one near Magheralin.

The M1 country-bound has been partially blocked due to a fallen tree while around 500 homes in Portadown are currently without power.

A woman in her 50s has already been killed in Waterford.

Part of a tree fell on her car in the west of the county this morning, injuring another passenger, as hurricane-force gusts battered the Republic of Ireland.

A stand at Cork City’s Turners Cross stadium has collapsed ahead of a scheduled tie against Derry City tomorrow night.

An amber warning for Northern Ireland, Wales, south west Scotland and the Isle of Man is in force until 11pm tonight.

More than 300 homes now without power in Portadown – it takes the total number without electricity in Northern Ireland up to 1,400 #Ophelia

Cllr @fergal_lennon on the ground in Derrytrasna helping elderly residents secure premises. If you need help get in touch pic.twitter.com/VN4UgHKFc6

Tree down, blocking a lane of M1, just past junction 8 country bound pic.twitter.com/rcwCInnCjA

Live top of highest of Armagh City's 7 Hills. It's wild now. Ran over to local shop & got smacked on ear w/ a flyin leaf. Ouch. Not kidding!

Stormy in Portadown right now. It’s about as bad as I’ve ever seen it. More to come no doubt. #Opheila

Winds really starting to pick up in Portadown. Getting a bit scary out there.

Ex-hurricane #Ophelia is affecting the UK with stormy conditions in some areas @clarenasir finds out more from Chief Meteorologist Paul pic.twitter.com/VLUC0NhFXT

The roof blew off from Douglas Community College in Co Cork pic.twitter.com/0tuzfVcbsr