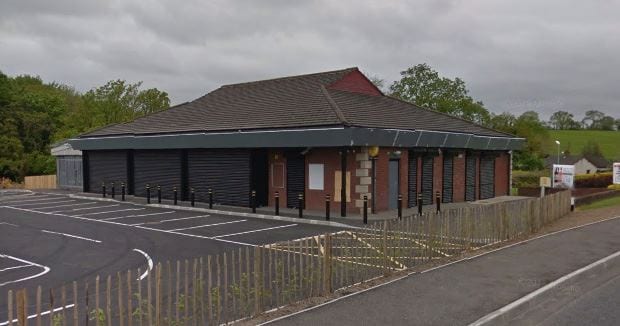 A former supermarket on the outskirts of Armagh could be redeveloped – as TWO new fast food outlets. The opening of the new business – double the size of the old – represented a major investment on the site by the Reid family.

In October it was announced that 40 new jobs were being created as a result of the £5 million investment in new premises, with part of that cash injection being made by Danske Bank.

The family business was first opened in 1998 but in recent years it outgrew its old premises and the decision was made to relocate to a bigger site.

The new foodhall opened last December and now attracts in the region of 15,000 customers per week, with the company currently employing 70 staff.

And now the former supermarket attached to the old Fruitfield Filling Station, which closed after the new Eurospar Reids Farm Foodhall opened, could shortly be redeveloped.

Fruitfield Foodhall is owned by brother and sister, Gary Reid and Joanne Gourley, and their father, Eric Reid.

A planning application has been submitted by Eric Reid as part of the latest development plan at the expansive location, which boasts considerable parking with 150 spaces on site.

Plans have been drawn up to convert the now vacant supermarket into two new side-by-side fast food outlets.

Each unit would include indoor informal seating areas for diners, as well as public toilet provision for customer use.

Part of the basement, meanwhile, would be converted into a food preparation area.

There are no names linked at present to the planned outlets; it is not known whether these would be operated as part of the family business or run as franchises.

The application for the redevelopment has been submitted to Armagh City, Banbridge and Craigavon Borough Council seeking full approval and is currently under consideration at this time.

Planning officials have written to Environmental Health, NI Water and Transport NI seeking their views on the proposals.

This is the second application currently under consideration for redevelopment in that area.

Just last month Armagh I revealed that the old Crew Catt filling station on the main Armagh to Portadown Road – on the opposite of the road to Reids – could also be brought back into productive use.

It is at the centre of plans for a new 24-hour unmanned filling station, part of an ongoing expansion plan by the Cookstown-based Lissan Coal Company.

The company, which was founded in 1986, operates a chain of ‘pay at the pump’ stations under its ‘Go’ brand.

The Co Tyrone business, owned by the Loughran family, branched out to extend the range of fuels available to customers.

It now has 35 ‘Go’ stations across Northern Ireland and the Republic, the first having opened in Belfast.

That development, if approved, would see a new forecourt canopy constructed and there would be three fuel pumps provided, together with associated site works and boundaries.

Armagh I expects a decision on that proposal could be made early in the New Year, while the Fruitfield plans could be decided by the spring.