Leaflets have been dropping through local letterboxes in the local area 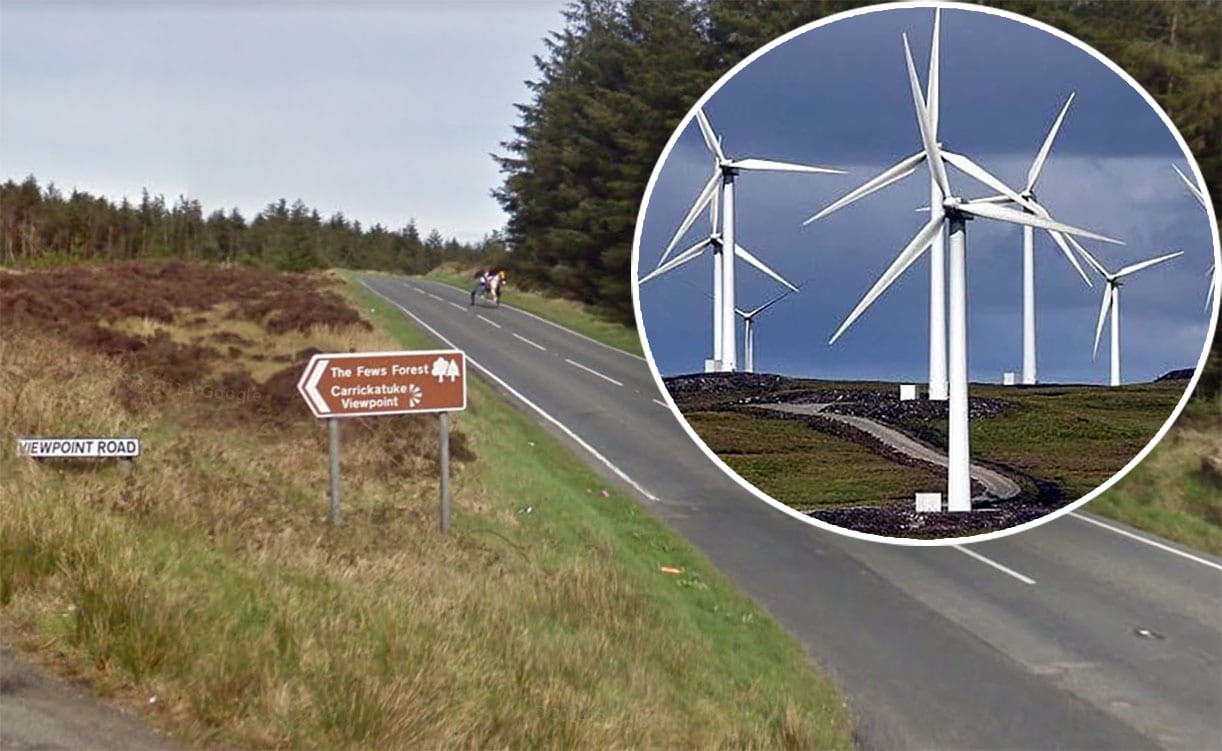 Objections are mounting against a controversial wind farm close to a county Armagh beauty spot.

Plans for a six-turbine wind farm near Carrigatuke Viewpoint have been in the pipeline since 2013, however, a consultation period on the proposals draws to a close next week.

And a local action group ‘Protect Carrigatuke Against Turbines’ (PCAT) has been drumming up support over recent days in a bid to increase opposition.

Leaflets have been dropping through local letterboxes in the local area asking people to air their grievances to planning officials.

Dublin-based Gaelectric are looking to construct the six 280-ft wind turbines along with an electrical substation and control building, two equipment cabins and associated compounds and a meteorological pole at Tullyneill, just off the Keady Road.

In their information sheet, PCAT highlight how the turbines would dwarf the height of the spires at St Patrick’s Roman Catholic Cathedral in Armagh, as well as that of Samson and Goliath – Harland and Wolff’s shipyard cranes.

The leaflet claims that the wind farm  would have “multiple adverse impacts”, which would cause “distracting living conditions”.

It adds, “we are concerned that likely devaluation of property which will be viewed alongside the wind farm. Loss of value of your family inheritance and basic unfairness of that”.

…”the windfarm will cause a severe adverse impact on the scenic amenity of Carrigatuke the Viewpoint South towards Dundalk Bay.

“Local people are concerned that the huge rotating 400-ft turbines will obstruct the view from this viewpoint which is brown signposted as a tourist attraction in the area.”

It concluded: “If you want to preserve your current living conditions and living environment you must object now. Every letter sent will help to protect the area.”

There have been hundreds of written objections to the proposals over the last number of years and the former Newry City council met with concerned residents in the Newtown area.

Nonetheless, the process looks to be moving forward and on Thursday the Department of Agriculture returned their findings and said they held “no concerns” in relation to the plans.

Any objections can be emailed to planning@armaghbanbridgecraigavon.gov.uk