'Finbar loved music, playing the guitar and a wee sing-song. He was a dab hand in the kitchen and was renowned for his Christmas puddings' 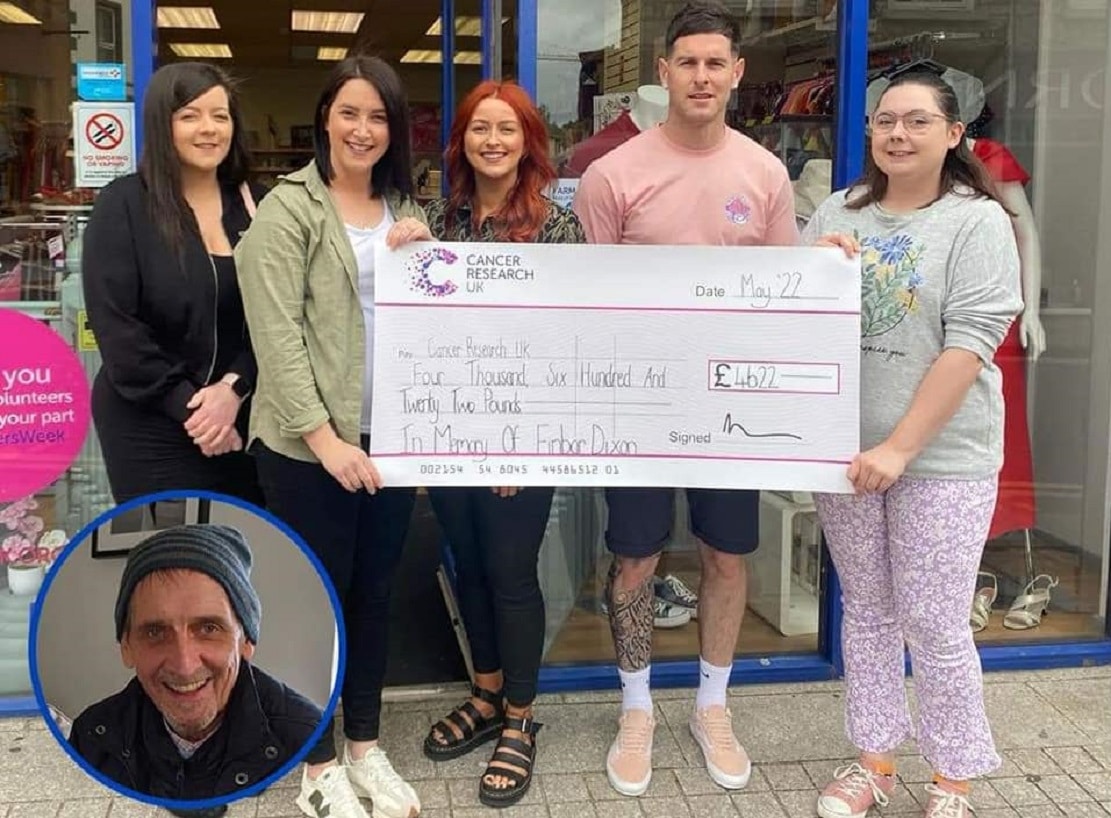 A family has handed over a cheque for £4,622 to Cancer Research Armagh in memory of a much-loved husband, dad and granddad.

The Dixon family held a charity night in McKenna’s bar in Armagh on Friday, May 6 in memory of  Finbar who passed away last March 2021 with lung cancer.

He was diagnosed at the end of October 2020 and lost his short battle five months later, aged 61.

His family said he took the news of his illness in his stride, and faced it with an attitude of “it is what it is”.

Finbar, who lived in Armagh, made the most of his final days, spending time with his children Martin, Michael, Stacey, Kieran, Megan and Aimee, nine grandchildren and wife Rosie.

The family said: “Finbar was well-known in Armagh and beyond, and loved music, playing the guitar and a wee sing-song.

“He was a dab hand in the kitchen and was renowned for his Christmas puddings.”

Finbar’s children, who organised the night in McKenna’s, said they never expected to raise so much money in one night, and also thanked the shops and businesses which donated raffle prizes.

“We are absolutely delighted with the final total and to be able to give something back. We are so grateful to each and every person who donated for such a worthy cause,” they said.

Cancer Research Armagh has thanked the family for their generous contribution, calling it an “amazing donation” towards their work.