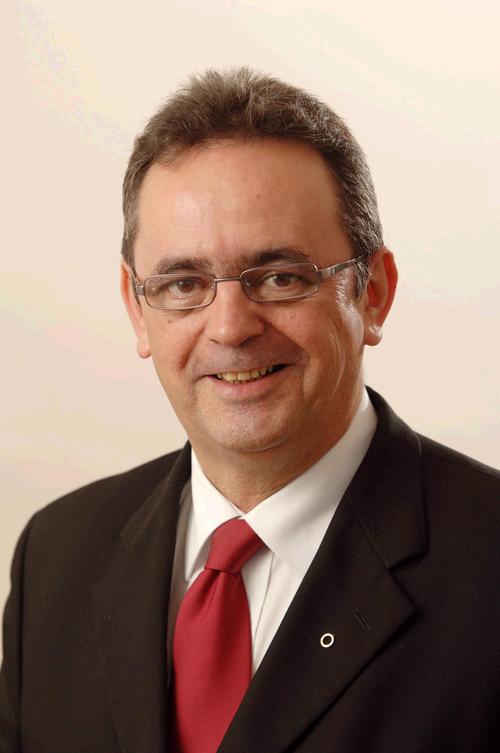 SDLP Assembly Member for Newry and Armagh Dominic Bradley MLA has announced that he is to retire from frontline politics at the next election.

Mr Bradley informed the party locally of his decision this week.

Mr. Bradley, who has been a SDLP Assembly Member since 2003, said he believed it was now time to pass on the baton to other SDLP representatives in the Constituency.

Mr Bradley said: “I have had the privilege of representing the people of this constituency for 13 years and I am proud of the contribution that I and my excellent team have made in improving the lives of the people of Newry and Armagh.

“I have given this decision much thought and I believe the time is right for a new generation of SDLP representatives to take on the challenges we face as a society. The party is in excellent health in Newry and Armagh and I believe the talent is there to build on the legacy that I, and Seamus Mallon before me, have created in this constituency.

“I will remain an active party member and will give my full support to the candidates the party puts forward at the next election. My work for the Irish Language is well known, and I intend to spend time in the future developing a new Irish language initiative. “In the meantime it will be business as usual at my offices in Newry and Armagh, I still have a job to do for the remainder of this mandate and I intend to continue to offer a first class service to the people of this constituency.

“I would like to take this opportunity to thank the people of Newry and Armagh for electing me and for all their support over the years. I would also like to thank my constituency office team, our local councillors and the local party members for the magnificent work they have done for me and for the people of this area. I would also like to thank the SDLP Parliamentary Assembly team and staff for their support throughout this mandate.”

Hugh McShane, Chairman of Newry and Armagh SDLP Constituency Council said: “On behalf of the membership of the SDLP and our voters I would like to express our sincere thanks to Dominic for the immense contribution he has made in improving the lives of the people of Newry and Armagh.

“Dominic Bradley is a man of huge integrity. He created his own brand of compassionate, professional and honest politics in Newry and Armagh. He has worked tirelessly for the people and has made a major contribution to our society.

“Dominic conducted every brief he was given by the party at Stormont in a professional manner and has been a loyal servant of the SDLP and the people. He will go down in history as the first MLA to successfully introduce a Private Members Bill ‘The Autism Bill’ which seeks to improve the services for those young people with autism.  This Bill underlines Dominic’s understanding of the real problems facing ordinary families in our society and the need to address them.

“Dominic Bradley leaves a huge legacy in Newry and Armagh and the SDLP will build on that.  The party locally is driving forward and we have a pool of talented people to choose from who will step up and build on the work that Dominic has done and continue the renewal of the SDLP across the North.

“We would like to wish Dominic all the very best in his retirement from frontline politics and thank him and his family for the sacrifices they have made and commitment they have given to the party and to the people of Newry & Armagh.”

Former Deputy First Minister and SDLP MP for Newry & Armagh Seamus Mallon said: “Dominic has been a valued and dedicated member of the SDLP in Armagh for many years. I remember the great contribution he made as my election director particularly at a time when it was not always safe to be a visible member of the SDLP and I was very proud when he continued to represent the people of Newry and Armagh after I stepped down from the Assembly. His steadfast dedication to the principles of the SDLP has been admirable. He has the gratitude of his constituents, his branch and his party.”

SDLP leader Dr Alasdair McDonnell MP commended Dominic for his years of dedication to the party and his constituents.  “I have had the honour of working alongside Dominic for many years here at the Assembly and seen at first hand his commitment to helping people. One of his outstanding contributions was his immensely important Autism Bill which gives support to some of the most vulnerable people in our society. Dominic embodies the SDLP’s beliefs in equality, fairness and justice.  Dominic is one of the most devoted students of the Irish language I have ever met, and his presence in the Assembly will be a loss to all but he will continue to be a valued and respected member of the party.”