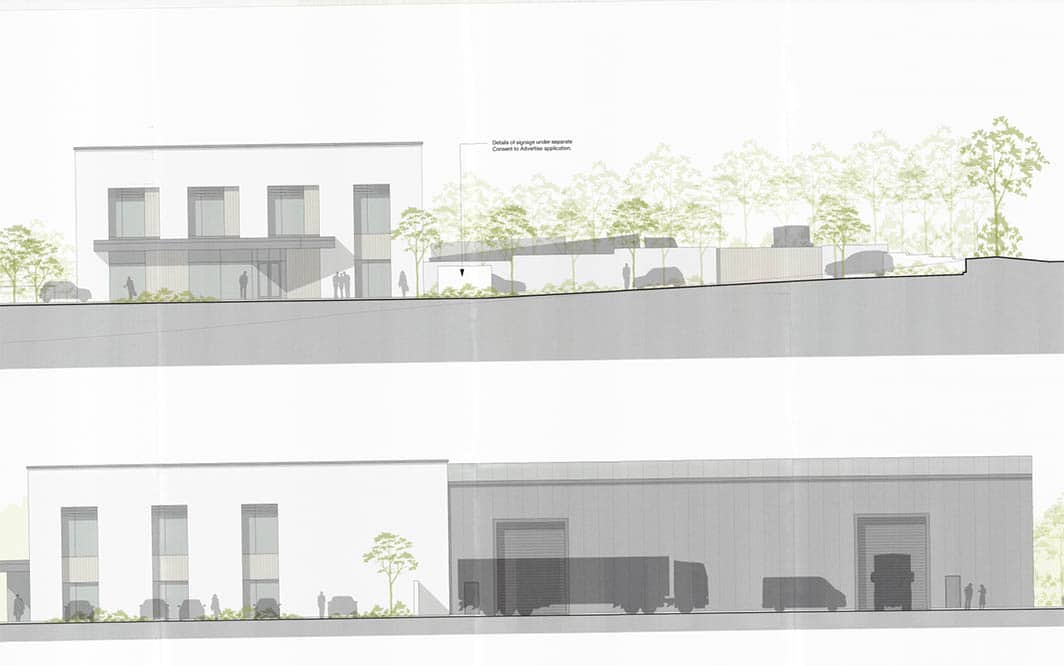 An award-winning development company hopes to build a new warehouse facility in Armagh which would bring 30 jobs to the city, Armagh I can reveal.

The new facilities – which would represent a multi-million pound investment – would stretch to in excess of 20,000 sq ft.

The company has set its sights on building the state-of-the-art facilities within the Edenaveys Industrial Estate on the edge of the city.

The company behind the proposals is Dunarm Ltd, which is based at Ballymaculey Road, Seagahan.

Dunarm Ltd, a development company which has been operating locally for the past 17 years, is hoping for approval to construct a warehouse facility.

Their hopes for the site also include new offices, as well as car parking and associated site works.

According to the submission to council, the plans – if given the go-ahead – would see 30 employees located at the new warehouse and office development.

Dunarm Ltd has a proven track record in its field and among its projects was the redevelopment plans of No 1 Seven Houses, in Armagh – which burned down in 1955 – to return as a restaurant and residential accommodation.

Its plans for Edenaveys represent a significant show of faith in the sector locally and will prove a welcome investment in Armagh.

Indeed, it is the second major proposal for local industry brought forward for the Edenaveys area in recent weeks.

Just last month Armagh I revealed plans by Total Batching Solutions Ltd to construct a purpose-built factory – stretching to over 15,000 sq ft – on a site at Edenaveys Road designated as “vacant land zoned for industrial use”.

It would include a fabricating and assembly building, as well as modular office units. Three single-storey modular buildings will be located along the south western corner of the site, adjacent to the point of access, providing security and surveillance over the site. They will house office accommodation, meeting rooms, storage and welfare facilities.

According to those proposals, the factory would see 14 members of staff on site daily when up and running and will “enable employment growth locally and regionally for skilled welders, designers, production operatives, administration and finance staff”.

With ongoing efforts to improve the infrastructure around Armagh the city is recognised as a strategically placed location from which to do business.

The efforts of previous decades to bring industry to Armagh city may often have been hampered and frustrated by various reasons.

But the plans by two locally-based employers to locate and build new premises in Armagh city itself should prove a driving for for others to follow suit.

The most recent application by Dunarm Ltd will be considered in depth by planning officials.

And neighbours – including UMI Foods and Floor Form – should be notified of the proposals ahead of them being publicly advertised next week.