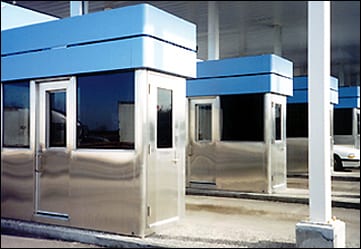 New link roads to ease congestion around Armagh city centre will get underway early next year – with the motoring public to foot the bill, Armagh I can reveal.

In her last official move before Stormont was officially wound up this week ahead of the May election, former Transport Minister Michelle McIlveen signed off on a proposal which should set the wheels in motion.

In a paper to be made public later today, Friday, April 1, plans to introduce new toll charges on two of the main routes into the city will be revealed.

The link roads have long been seen as the only realistic solution to deal with the traffic issues which have dogged the city and which many blame for a loss of business revenue to traders and lack of investment comparable to neighbouring towns and cities.

Despite the recognition that the roads must proceed – and that much ground work has already been done – the money has never been there to see the job through.

Successive Stormont Executives have pledged support but budgetary cuts have seen all departments taking a fiscal fist to the face! Temporary steel toll booth will be put in place

The introduction of new toll charges on the Portadown Road and Newry Road will allow BOTH link road schemes to finally get off the ground.

The money raised – it is proposed – would be match-funded by Stormont after the new Executive is returned and beds in after next month’s poll.

Armagh I has seen a copy of the plans which essentially amount to ‘lay as you go’ from ‘pay as you go’ – in other words, the link roads will be completed in phases as the money is generated through toll charges.

Two toll booths and barriers will be positioned on these main arterial routes. The exact locations have not yet been decided but Armagh I understands the favoured options at present are on the city side of the Stonebridge roundabout, and just beyond Edenaveys on the Newry Road.

It is proposed that a £1 charge would be applied to all motorists travelling beyond these points into Armagh. This would rise to £1.50 in the case of delivery vans and £2 for HGVs.

Concessionary rates and special dispensations would apply and frequent travellers would be able to save by purchasing a ‘multi-pass key’ via mobile phone or tablet device which could then be scanned at the unmanned booths.

Exact change will be required for cash payments and new facilities would be installed and well sign-posted nearby. One of these would be located at the planned unmanned fuel station at the old Crewcatt site on the Portadown Road, which Armagh I recently revealed had been approved and would already include an ATM. The location of the other has not yet been decided.

The idea of toll charges was first brought to the table during a plenary session of the North-South Ministerial Council in Armagh two years ago. It coincided with a review of the east link preferred corridor emerging closer to the Edenaveys Industrial Estate.

Both Stormont and Irish Government officials agreed to task special advisers to look at the logistics of such a move in Armagh.

Among them is a former lecturer at the Dundalk Institute of Technology, now a head of department at Queen’s University Belfast.

Prof Lisa O’Daly told Armagh I that toll charges was a tried and tested formula for delivering and maintaining road networks.

She explained: “It may not be popular but the costs involved nowadays is astronomical when it comes to delivering roads – plotting routes, vesting land, materials and labour costs all add to often desired but ultimately unattainable and economically unrealistic schemes.

“That is why this may be Armagh’s only hope of ever seeing these link roads happening.

“For example, believe it or not, over 10,000 vehicles a day on average pass along the Newry Road into Armagh Monday to Friday and considerably more at weekends, amounting to over 100,000 a week. At £1 a time – and more for larger vehicles – that’s well over £5 million a year which then gets doubled and added to by Stormont as more roads cash becomes available.

“Work would be able to start on both links in the knowledge that the whole budget need not be in place at the outset. There’s not enough money going spare to commit to finance outright multi-million pound works like this. Work starts knowing that the revenue to see it through will be generated on an ongoing basis until complete.

“Fee-paying roads have and continue to operate very successfully in the south. This will be a major shift in thinking in the north and, while controversial, worth it in the long run.

“You simply cannot argue with figures like these. It makes good and sound financial sense.”

Prof O’Daly added: “People will be able to see for themselves more of the finer detail on Friday before it goes out to consultation. If toll booths were in place by early summer there would be enough money in the bank to get the work underway early in 2017.

“There has been much debate over which road should proceed first. The east is cheaper but opinion is divided. This will allow both to go ahead simultaneously and both roads will be charged to raise the funds.

“No point prioritising one and racing ahead to complete. Surely it makes more sense to start one link then shift focus and pull the other one.

“That way – no matter your preference – everyone’s laughing!”