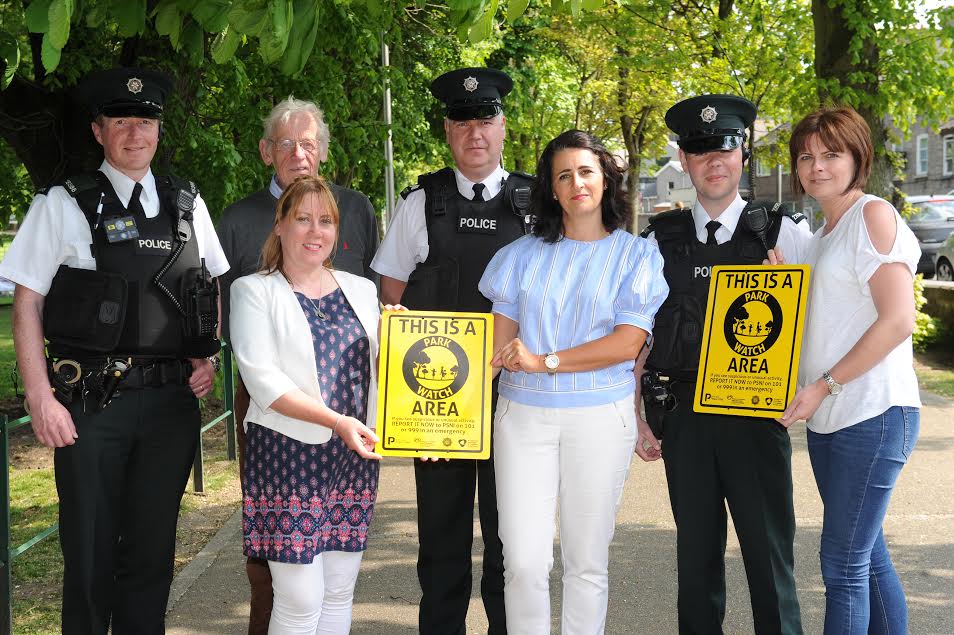 A new Park Watch scheme has been launched on the Mall in Armagh in a bid to stamp out anti-social behaviour and other issues of concern.

Signage is being erected and a heightened police presence promised with the advent of the warmer weather and long evenings.

The Mall in Armagh last year was a hot-bed of anti-social behaviour, everything from littering to disorderly behaviour, vandalism and burglary to public drinking.

There was public outcry after Armagh I first highlighted concerns.

One mother of three young girls told how she and her daughters were subjected to verbal abuse from a drunken man who exposed himself and urinated as they passed by.

Their experiences prompted hundreds of complaints and others also told of incidents.

Armagh I also called for something to be done in response to the ongoing situation and a multi-agency meeting was called.

Using the hastag #TakeBackTheMall we ran numerous stories to pinpoint particular incidents – as well as the successes of police who made arrests after increased patrols targeted the area.

It is somewhat similar to Neighbourhood Watch, with the PCSP and the PSNI working together with park users and  residents to protect the Mall from vandalism and anti-social behaviour.

Ulster Unionist councillor Julie Flaherty is chair of the PCSP.

She said: “It is important that everyone looks after the Mall, not just the PCSP and the PSNI.

“We want to encourage Armagh City residents and park users to ‘own’ the Mall, take pride in it, look after it and protect it from vandalism and anti-social behaviour.

“By doing so they will not only be improving the safety and security of the park, but also the surrounding area.”

Sergeant Peter Moneypenny, of the Armagh Neighbourhood Policing Team, wants people to help the PSNI to protect the Mall by reporting unacceptable activity.

He said: “Situated in the heart of Armagh City, the Mall has been central to the leisure activities of Armagh’s citizens for over 200 years.

“It is a great facility for the public and we are committed to working with the Policing and Community Safety Partnership and the local community to make this a safe space for everyone.

“We want to encourage park users and city residents to help us protect the park from vandalism and anti-social behaviour by reporting any criminal or suspicious activity at the earliest opportunity.”

If you would like more information on the Park Watch scheme, contact the Policing and Community Safety Partnership on (028) 3831 3607.