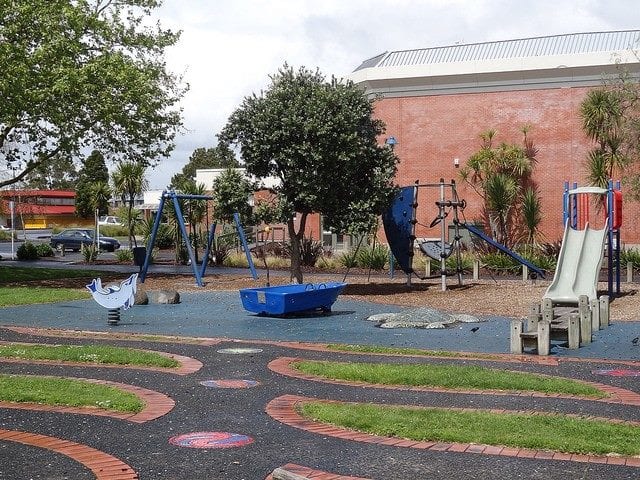 A state-of-the-art MUGA at an Armagh housing estate has finally been given the go-ahead – close to three years after plans were first brought forward.

Residents of Drumsill Park and surrounding areas will be able to enjoy the benefits of the new development after proposals were rubber-stamped this week.

The planning committee of Armagh City, Banbridge and Craigavon Borough Council agreed to accept the recommendation of planners to approve the new play park.

Armagh I first revealed proposals back in August 2016.

Amended plans were later brought forward and these have now met the satisfaction of all involved in the planning process.

Drumsill Park will see the construction of a multi-use games area; the original application had consisted of this MUGA and play park.

The new games area will have floodlighting and perimeter fencing – 1.8 metres tall – with two self-closing gates.

The sports surface will accommodate various games and activities – including ‘goal ends’ for five-a-side football and basketball – and will have four floodlights, each eight metres tall, at each corner.

SDLP Councillor Mealla Campbell welcomed this decision and wanted to thank the council’s Leisure and Planning teams for working with the local residents committee to get the project to this stage.

She said: “Now the important work begins to push ahead and have  a developer on site as soon as possible.’

“The lack of play provision in the Longstone area has been a real issue for many years. The area falls outside the Neighbourhood Renewal Catchement and residents always felt they were left behind compared with other parts of the city.

“Over the past number of years there have been ongoing discussions between Council Officials and residents about the nature and location of the play facility and I know that this much anticipated facility will be warmly welcomed by the local community.

Councillor Campbell concluded saying: “My thanks must go to the officers and residents who worked hard to achieve this scheme. They engaged tirelessly throughout the process and lobbied to ensure the best possible outcome. The community have waited long enough and I hope to see works commenced as soon as possible after this week’s decision.”