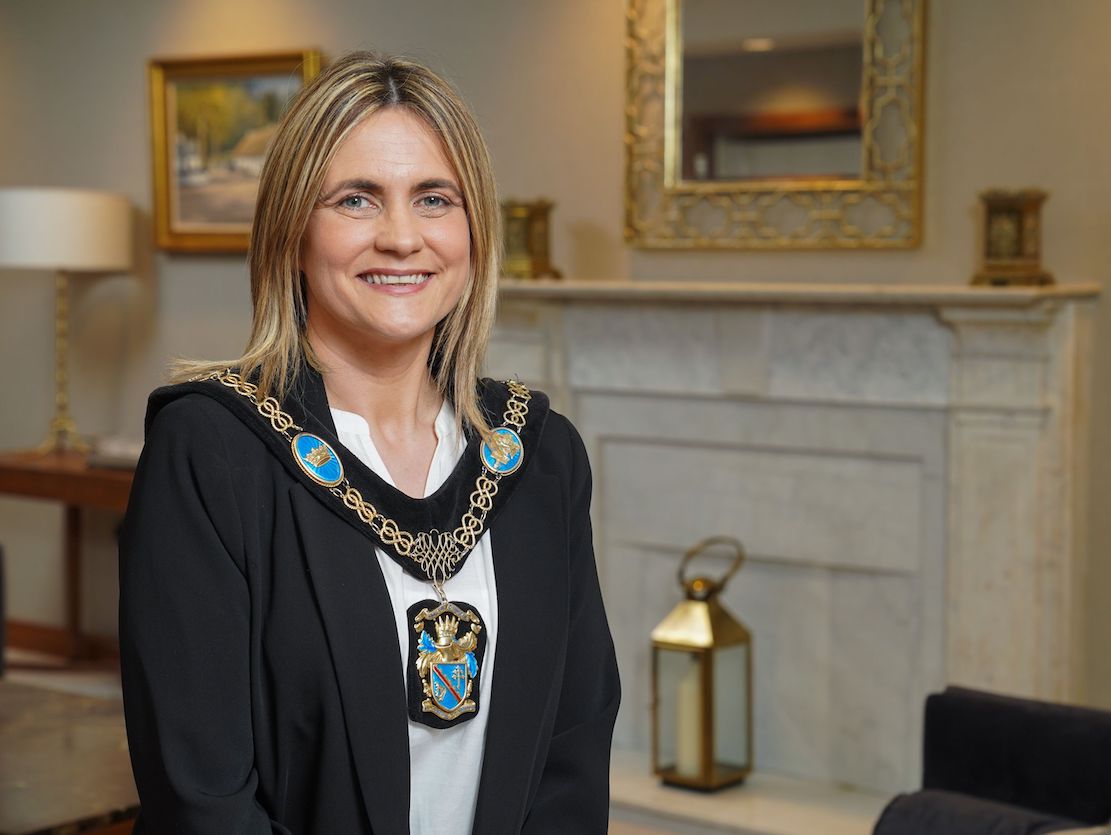 The new Lord Mayor of the ABC Council has selected two charities close to her heart with a tribute to her brother Emlyn who passed away from stomach cancer in 2016.

SDLP councillor Thomas O’Hanlon quoted the Eurythmics hit ‘Sisters Are Doin’ It for Themselves’ as he welcomed the appointment of party colleague Mealla Campbell as Lord Mayor with the DUP’s Margaret Tinsley as Deputy.

In her incoming speech, Campbell said her chosen charities would be one for children’s cancer and another for mental health.

The SDLP councillor’s brother died 2016 after being diagnosed with stomach cancer and Mealla stated she was “consumed with grief” following his tragic passing.

Speaking to Armagh I, she said: “I am choosing a children’s cancer charity; my brother died of cancer, but also because of my love for children.

“My brother, when he was diagnosed, just kept saying I’m just glad it was me and it wasn’t one of the children, that’s probably why I wanted to choose a children’s cancer charity.”

Campbell’s other choice for a mental health charity is also connected to the loss of her brother.

“I found it tough dealing with the grief of losing my brother at such a young age; he had just turned 42. It is very difficult to cope with the short illness,” Mealla admitted.

“I had to work hard to come back from that but I saw my children were there and they were the one who kept me going.

“You know, when your child turns round to you and says ‘mummy are young going to be sad all the time’, you realise you have to come out of that and look after them.

“They still want to have their mummy there every morning and to have joy at their life events.”

An announcement of the specific charities will be made in the coming days.

Discussing the mental health support systems in place, Meallal said: “Across the board, I think people are finding the support isn’t necessarily there. I’ve heard about a lot of people that had maybe eating disorders and things having to go to clinics across the water.

“Even when you do have a family network around you, you can still feel isolated because they don’t understand the illness itself.

“With me it was grief, I think only people who have dealt with losing a sibling so close could understand, we were only a year apart in age, we really leaned on each other. We had children the same age, it was very difficult and a very dark time for me.

“The hard thing is that life goes on, you have to pick your head up, you have to put your game face on for your children and your family.”

On accepting her new role as Lord Mayor, Mealla told us she had a lot to think about as it was a big decision, “especially when you have three children”.

She said: “I know it’s a very demanding role and as Julie said, over 900 events in one year.

“I thought to myself would I be able to manage this with family commitments as well, but you know it’s a great opportunity to do things that are personal to me.

Mealla did not reveal the news to her children as she plans to surprise them tomorrow in school with her first official visit.

She added: “I want to thank my colleagues in the SDLP who nominated me to be the Lord Mayor. I am truly humbled and honoured by the fact they have placed their trust in me to carry out the role.

“I also want to thank the voters of Armagh who also put their faith in me once again. I got great encouragement and support from many quarters during my campaign and it was fantastic to be returned more comfortably this time.

“Not just because I am an Armagh Councillor but because the symbols on that chain mean a lot to me. There are two important symbols in particular, the Cross of Saint Patrick and the Irish Harp.

“Also on the Chain is the Harp. For those who follow Gaelic Games, you will know of the Armagh Harps.

“My family has a long standing association with Armagh Harps and my Uncle Jack and brother Emlyn both went on the represent the club at county level.

“So I feel in wearing the chain I will be able to keep my brother close to my heart throughout the year ahead and no matter how tough and tense the role is I know he will be there with me.

“For those of other sports, City of Armagh football club, City of Armagh Rugby Club, Armagh Cricket Club and Armagh Athletics Club all incorporate the Harp on their crest.

As is customary the new Lord Mayor set out some of her priorities for the year saying: “Each person who has held this office sets out their priorities and I have so many priorities and it would be unfair to start outlining them all.

“However, I do want to continue the efforts of this Council to attract more investment and endeavour to grow the economy.

“I want to work with community groups, schools, clubs, charities and businesses to ensure their needs are being met.

“I want to see our leisure projects progressed so we can offer first class facilities for our sporting community and provide more resources for our families to get active.

“I want to work to see our Autism strategy progressed via the working group so we can ensure all our facilities and services can accommodate the needs of those with spectrum disorders.”

In conclusion the new Lord Mayor said: “I am looking forward to getting out and about and meeting lots of our residents right across the Borough, hearing about their projects and learning about what’s important to them.

“I plan to work tirelessly over the next 12 months to represent all of our citizens.”