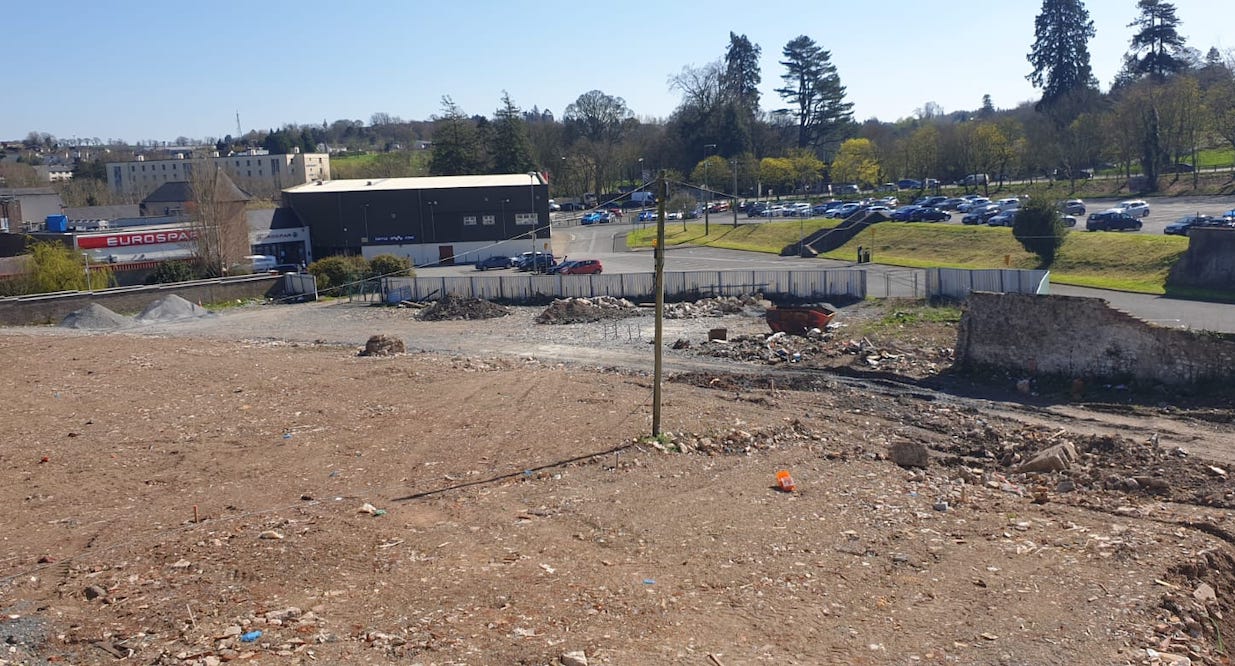 The new multi-million pound Ogle Street development has now officially been signed and sealed with delivery of the project to begin next month, Armagh I can exclusively reveal.

Ballymacnab-based Moss Construction have been entrusted with the project, which is set to begin on or before May 28, with completion earmarked for December 2023.

After seven long years of hard work – many of which occurred behind the scenes – Ogle Street Investments (OSI) are now about to carry out one of the most ambitious projects in the city centre for years.

Twenty-four years on from the demolition of the original streetscape, new life will finally be breathed into one of the city’s original thoroughfares. The construction of the 70 homes and one retail unit is expected to create in excess of 50 jobs over the two and a half year period.

Ark Housing Association will take over 42 of the units with the remaining 28 residential – and one commercial unit – being retained by OSI and offered to the rental market.

Speaking to Armagh I, a spokesperson for OSI said: “We are absolutely delighted to finally reach this stage after a lot of hard work. It has been our ambition from day one to deliver this project and we are pleased to have done just that. “Not only is this great news for Ogle Street but it’s also a massive boost to Armagh city centre, both socially and economically.”

With the traditional high street having suffered in recent years – and accelerated through Covid – OSI believe bringing 70 families into the city centre boundary will help do wonders for local businesses.

The 70 new homes is only the latest phase in a project to develop Ogle Street, with the former Bennetts newsagents recently transformed into a bespoke vibrant office with modern apartments above. That office is now home to First Stop Property – the newest estate agents in the city – who are the same team behind Ogle Street Investments – with over 30 years experience in property.

As well as the new office, Danny McShane’s old bicycle shop (pictured below) has been regenerated into a beautiful three-storey townhouse – all in keeping with the local conservation area. From the beginning of the scheme, OSI have been keen to support local firms, and have reserved special thanks to the many consultants who have helped along the way.

The OSI spokesperson added: “We are very proud that throughout the whole design and planning process, and bringing the project to fruition, we have engaged many external consultants and many of these have been local businesses, namely Sam Nicholson of DA Architects; Stephen Hughes of Planning NI as our external consultant for planning; Ian Donnelly and Associates for their quantity surveying; Philip Mallon for his design and engineering solutions; and Stephen Clarke Consulting.

“We would also like to thank the many local councillors and MLAs who assisted in this extensive process, as well as the Armagh City, Banbridge and Craigavon Borough Council and its planning service in supporting the concept of the site.

“And of course, contractor Moss Construction – a company whose reputation is second to none. We look forward to working with them over the next couple of years.” You can register an early interest in renting a property, contact First Stop Property on 028 3751 0729.