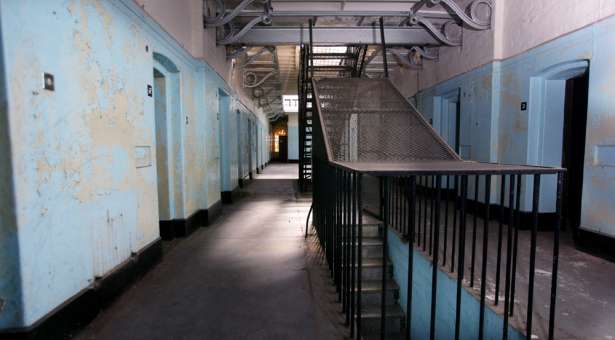 An award-winning film set in Armagh Gaol is to get its world television premiere tonight (Saturday).

‘Silent Grace’ – directed by Maeve Murphy – centres on a group of female prisoners and their role in the prison protests of 1980.

While the backdrop and time is reflective of real events, the story itself is fictional, an adaptation of the play Now and at the Hour of Our Death.

It tells the story of Aine, a young petty criminal who finds herself sharing a cell with Eileen, a high-ranking member of the IRA.

Orla Brady and Cara Seymour take the two main roles and there are cameo roles too for Patrick Bergin, star of Patriot Games and Sleeping with the Enemy, and Robert Newman, one half of the comedy duo Newman & Baddiel.

The movie won the International Soka Arts Award and was critically acclaimed upon its release in 2001.

This will be its first ever TV screening tonight for a drama described by London Metro as “compelling” and by Radio 5 as a “important story which needs to be told”.

Silent Grace will be aired on be3 – formerly UTV Ireland – at 9pm on Saturday. While not everyone will be able to access the network, it is worth watching by any who can.