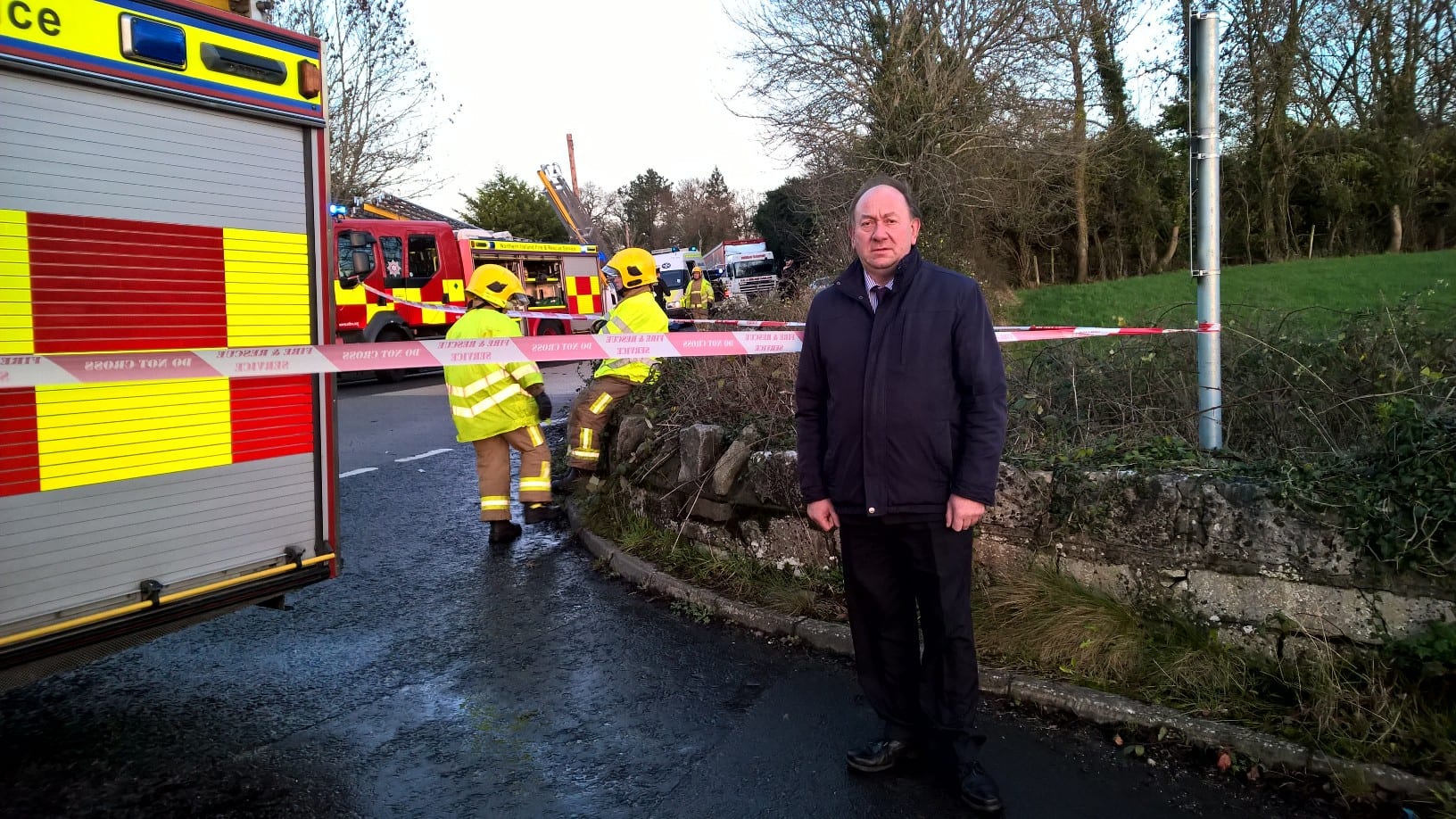 A van ended up on its side after yet another accident at the Ardress Crossroads.

Emergency services attended the scene this week but fortunately there were no reports – on this occasion – of serious injuries. The most recent accident, however, has prompted fresh calls from Newry and Armagh Assemblyman William Irwin for urgent action.

The DUP representative has  lobbied extensively for improvements at the location and Transport NI have moved to install a number of measures aimed at improving road surface grip, signage improvements and other measures.

Mr Irwin said: “It is of course concerning that accidents continue to occur at this location and seeing this latest collision, with a van on its side and emergency services in attendance, is very alarming.

“I would wish those involved in this particular crash a speedy recovery.”

He added: “Local residents who live close to the crossroads are very concerned at the frequency of accidents at this location and also the speed of vehicles in each direction.

“Indeed, on previous occasions, accidents have occurred as a result of drivers failing to stop at the crossroads and other vehicles travelling at too great a speed.

“All these factors combine to make this location a hotspot for accidents and I will be making further representations to the Department for Regional Development to see what other measures could be introduced.

“I would of course advise all drivers to exercise extreme caution at this location, especially during the winter months.”