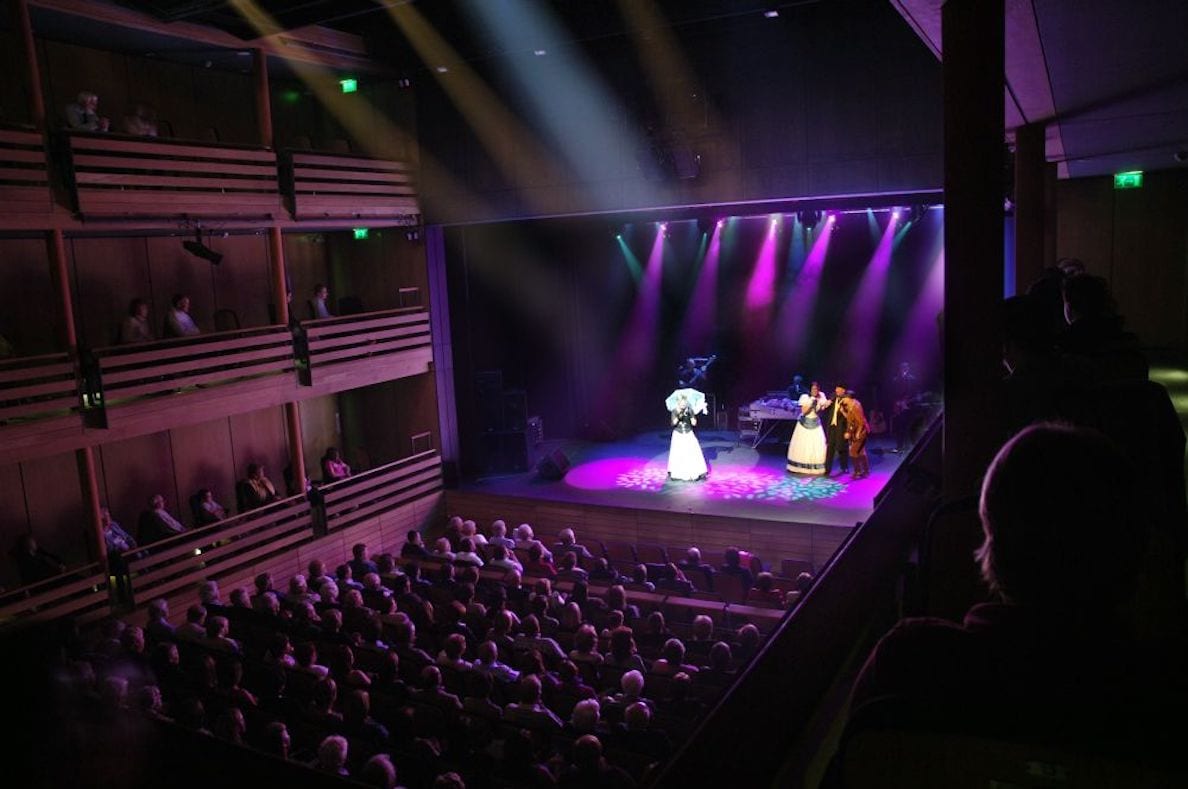 Large scale performances are unlikely to return to the Market Place Theatre in Armagh until next year, Armagh I can reveal.

While the venue itself is due to open early next month, it will not be fully operational until 2021, if even then.

If this is the case, it would put paid to the annual favourite crowd-pleaser and sure-fire sell-out panto which it has been famed for, for many years.

According to one local councillor, a socially-distanced theatre operation – while essential – “just won’t work”.

Ulster Unionist Councillor Sam Nicholson, speaking at the last meeting of the economic committee, raised his concerns on how the theatre would operate.

The works have been in the pipeline for a while and were agreed to coincide with the 20th anniversary of the venue.

Work had started earlier in the year but had been postponed when the Covid-19 lockdown was introduced. That work has now resumed.

But Councillor Nicholson, speaking at the meeting, said he had viewed plans for the re-opening of the venue ‘post Covid’ and told the meeting that what was proposed would not be suitable.

He had raised the issue of funding which had been announced by the UK Government for arts and heritage and said “Northern Ireland plc” would be entitled to its share and council should be looking to recoup some of the losses experienced.

“We have a massive amount of arts-type facilities in our borough which haven’t been open,” he said.

Councillor Nicholson then explained he had spoken to the manager of the Market Place Theatre on what was envisaged.

And he added: “He was showing me a picture of what the theatre would look like under social distancing.

“It just won’t work. You lose the whole experience of the theatre.”

Even on a financial basis, he said there would be issues with “the sheer number of seats and all the background jobs”, including make-up and set design and similar needs.

A spokesperson for Armagh City, Banbridge and Craigavon Borough Council, meanwhile, has confirmed plans are advanced to re-open ‘one step at a time’.

She told Armagh I : “The Market Place Theatre and Arts Centre will re-open on Friday, August 7.

“The gallery exhibition and light workshop programme will begin in August with a fuller programme of workshops and small scale performances being phased later into the autumn.”

But the spokesperson confirmed the venue does not look set to be running at capacity any time soon.

She added: “Larger scale performances in the auditorium are unlikely to be held until early 2021, however this is under continual review in line with public health guidance.”