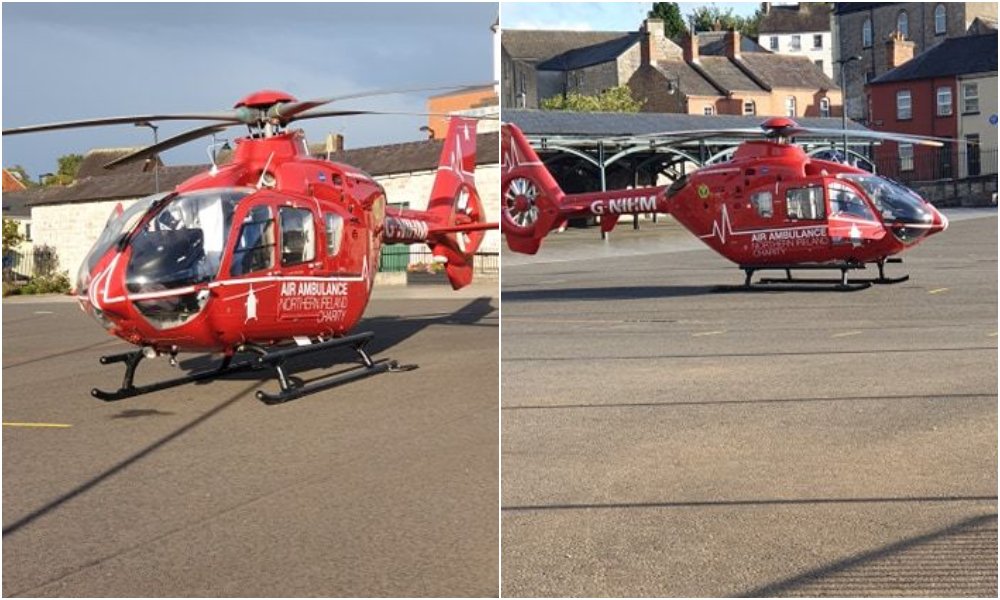 A man was taken to hospital after sustaining a head injury in Armagh City on Friday evening.

Police and ambulance crews, supported by the NI Air Ambulance, attended the scene on Lower English Street around 6pm.

The Air Ambulance landed in the Shambles Yard in an effort to help with the injured man.

It is understood the man had fallen over.

A police spokesperson told Armagh I: “Police responded to a report of concern for safety of a man on Lower English Street in Armagh yesterday evening (Friday) at around 6pm.

“NIAS and police were in attendance and the man, who had a head injury, was taken to hospital for treatment. It was reported that the man had fallen.”

A Southern Trust spokesperson confirmed the injured man has since been discharged from hospital.