Two others were treated at the scene 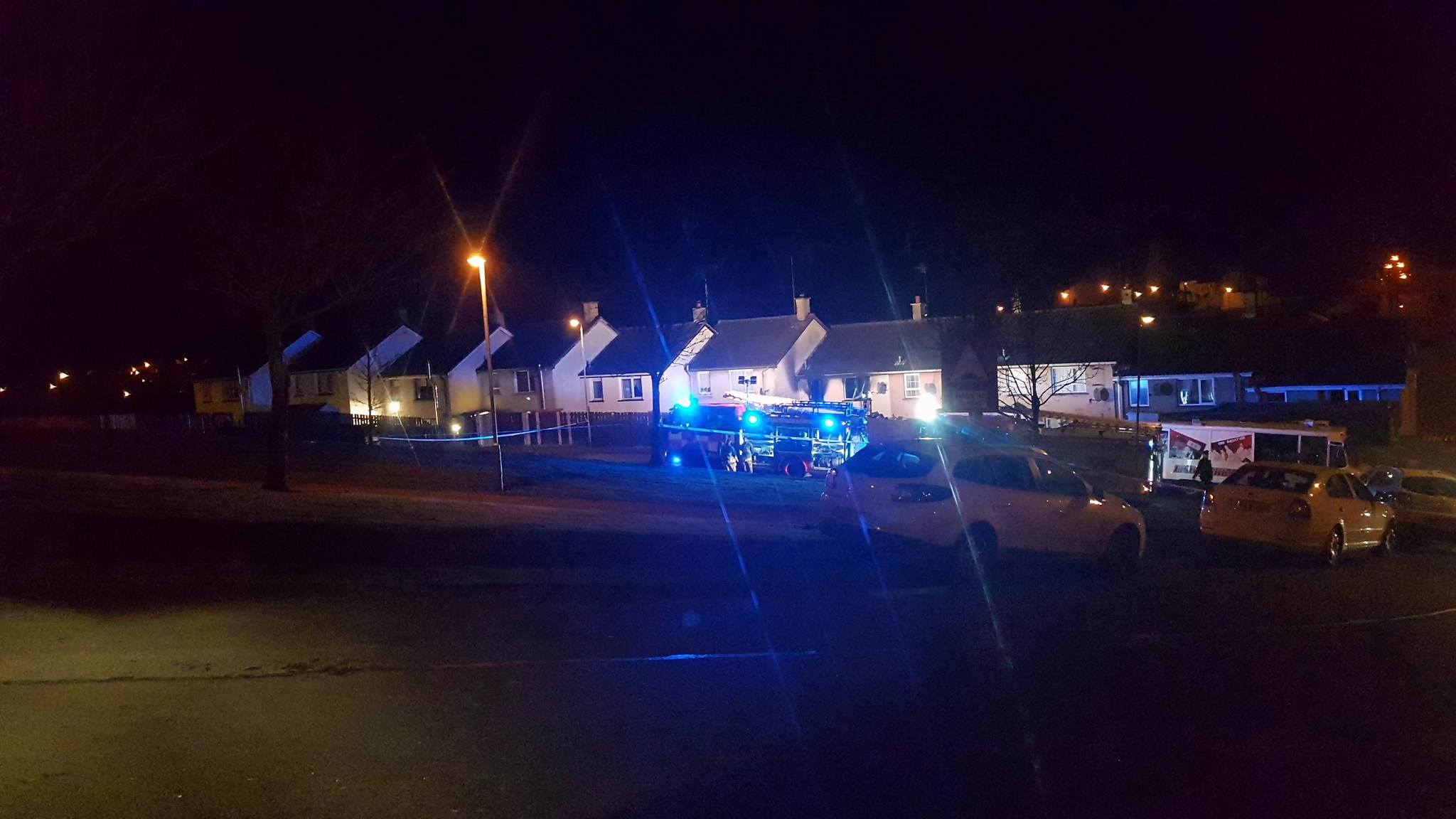 Fire crews at scene of fire on Culdee Drive

A man in his fifties, has died in a house fire in Armagh.

Emergency crews and paramedics battled bravely to save the man’s life.

Two others were treated at the scene for smoke inhalation.

A police spokesperson said: “Police can confirm a 55-year-old man died as a result of a house fire in Culdee Drive, Armagh on Friday, 24 March.

“Police received reports of a fire at around 8.40pm and attended the scene.  An investigation is now underway into the cause of this.”

“I understand that a local man has lost his life in this incident and my sympathies go to his family. This is tragic news.

“The fire and rescue service attended the blaze but sadly on this occasion the mans life couldn’t be saved.

“I wish to pay tribute to the emergency services for their professionalism and their efforts.

“It’s too early in this stage of the investigation to speculate on the cause of this tragedy.”

Lord Mayor Garath Keating, who was at the scene, said that it was one of utter devastation.

“I believe that their were gallant attempts by people to rescue the deceased.

“Utter devastation is the only way I can describe the scene.

“I offer the sincerest sympathies of all to the family of the deceased. This is a tight knit community and we will do all we can to support those effected by this tragedy”