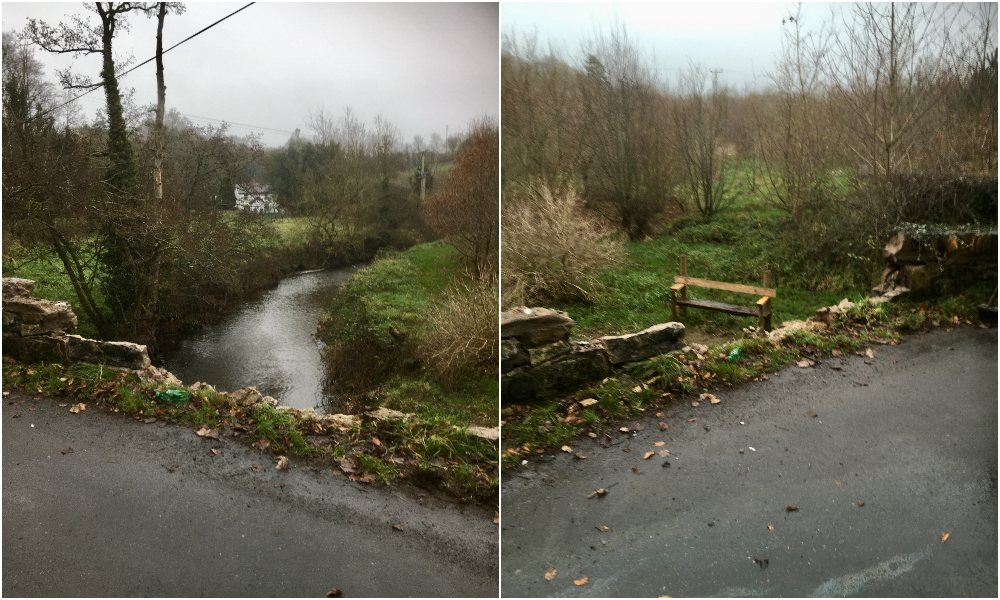 The pictures show the scene of substantial damage caused to an old stone bridge near Milford after it was struck by a car.

An eyewitness said police were already on the scene of the collision on Monday morning at Ballyards when he happened upon it.

The car has struck the bridge, and according to the eyewitness, the driver was lucky not to have tipped the vehicle into the Callan River below.

Police said they were summoned shortly before 7am after receiving a report of a single vehicle road traffic collision on the Ballyards Road.

A PSNI spokesperson said: “Officers attended the scene and a 27-year-old man was arrested on suspicion of a number of offences including driving when unfit through drink or drugs.

“He is currently in police custody.”