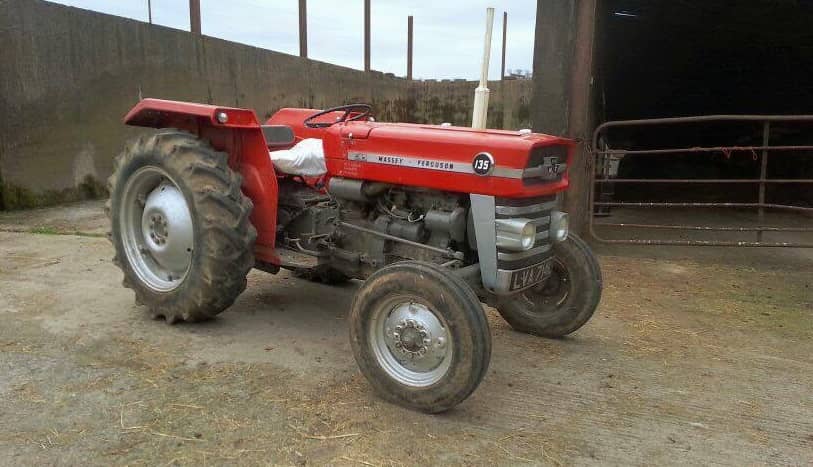 A vintage tractor stolen from a farm yard in Armagh last Saturday has been recovered, its owners confirmed.

Earlier today, as a result of information received from the public, police conducted a search of a property in the Tyrone area and recovered the vintage Massey Ferguson 135.

Among the haul were other stolen items. One male has been arrested following the raid.

Since Armagh I published the story on Sunday morning, hundreds of shares led to valubale information, which has helped towards the recovery of this treasured tractor.

Joshua Black, speaking to Armagh I, said: “Both police and family thank the public for their assistance in the recovery of the tractor.

“The family also thank the police for their cooperation and help throughout.”

Inspector Kieran Quinn said: “We would like to thank the public for responding to our media appeal and assisting in the recovery of this vehicle. We remain fully committed to reducing all types of crime, including rural and agricultural crime and are grateful for assistance from the public in doing so.”

Nothing beats a happy ending!