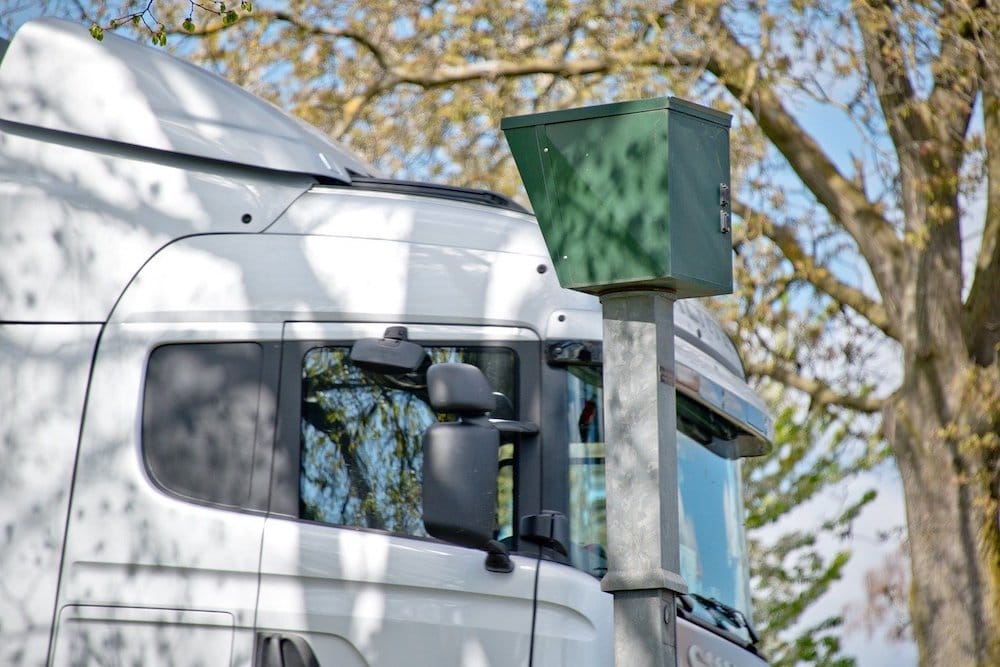 A Ducth lorry driver has been handed a two year ban and a suspended sentence for what a district judge has described as a “disgraceful piece of driving”.

Court heard the 31-year-old was seen driving an articulated lorry at high speeds on the wrong side of an Armagh road.

Bartele Hoesktra, of Gemeente in Herenveen, pleaded guilty to dangerous driving at Banbridge Magistrates’, sitting at Lisburn, on Thursday, via videolink from police custody.

Prosecution outlined that on June 24, police received reports of a vehicle being driven dangerously on the Killylea Road in Armagh.

At 6.10pm, a member of the public reported that they had been forced off the road by an articulated lorry which had been driving on the wrong side of the road.

They claimed the lorry had been coming toward them head on and this was avoided only by the driver of their vehicle swerving onto a grass verge.

The reporting person followed the lorry and recorded its movements. It was seen on this footage continuously moving onto the wrong side of the road, driving at high speeds and overtaking on corners.

At one point, the lorry overtook a tractor towing a horse trailer on a bend.

The driver was later identified as the defendant and when interviewed he stated he believed his driving was OK.

Prosecution informed court Hoesktra was from the Netherlands and had no record in this jurisdiction.

Defence barrister Conor Coulter stated: “This was a particularly poor piece of driving. It is quite fortunate that no one was harmed given the vehicle which he was driving.”

District Judge Amanda Brady commented: “He is lucky not to have killed someone. This was a long period of bad driving.”

Mr Coulter stated: “Although during interview he denied his driving was poor, he now accepts that it was indeed very poor.

“He had been carrying a delivery from the Netherlands, he has no address in this jurisdiction. If he did so he would have been released on a 28 day charge.”

He continued: “He has never been in trouble with the police before. He has now spent a night in custody. I spoke to his employers in the Netherlands, they are prepared to send a driver to pick up the vehicle at their own expense.

“The inevitable outcome of today’s proceedings will have an impact on his employment. He is a lorry driver by trade and has held a licence for 11 years without incident.”

District Judge Brady stated: “This was a disgraceful piece of driving and there has been no explanation; had he fallen asleep, was he tired, had he worked over his hours?

“This is a man who has come to this country, drove in a disgraceful way and put lives at risk. In this case I cannot consider the minimum of a one year disqualification.”

Hoesktra was disqualified from driving for two years and was sentenced to four months in prison suspended for two years.