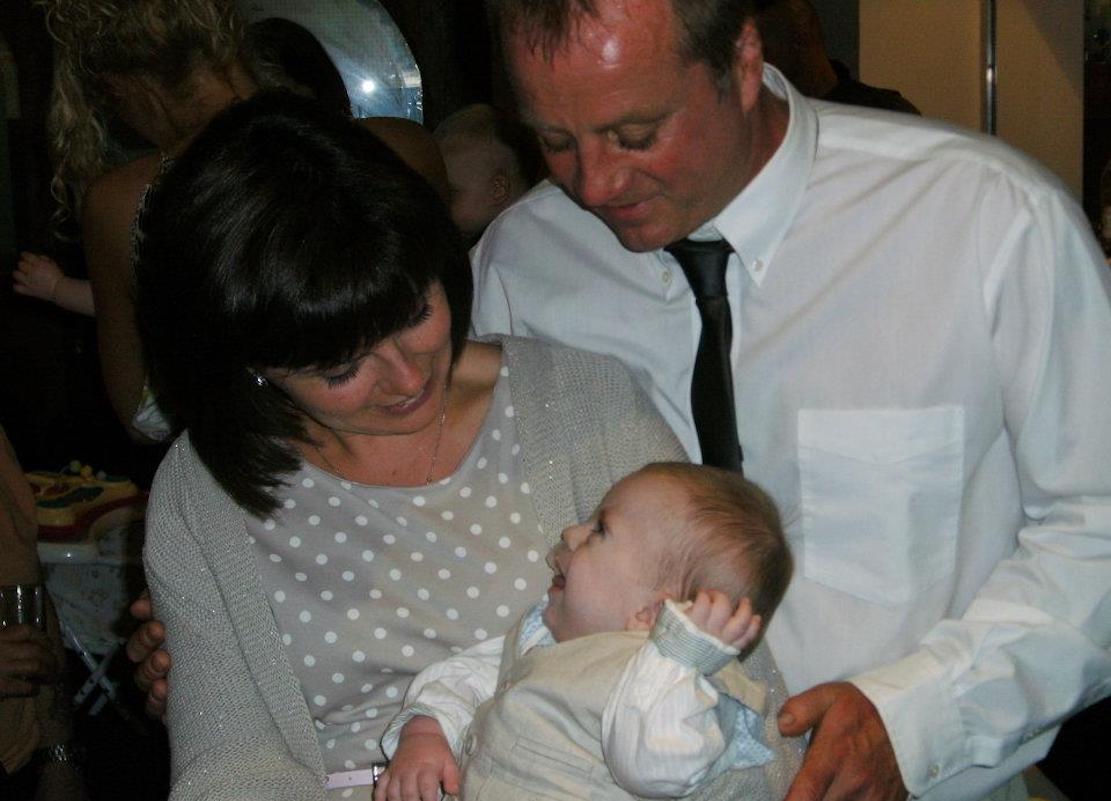 Cllr Jule Flaherty with her husband and son, Jake, who passed away in 2013.

Lord Mayor Julie Flaherty has branded as “utterly disgraceful” an official government response to her own personal campaign to have a Children’s Funeral Fund introduced in Northern Ireland.

And she has called upon Secretary of State Karen Bradley to “step up to the mark and start taking the decisions” piling up in the in-trays of all Northern Ireland departments!

Councillor Flaherty – who lost her son Jake in 2013 at just two years and two days old – wants Northern Ireland to adopt the same scheme Children’s Funeral Fund as in England and Wales.

This means parents no longer have to meet the costs of burials or cremations; instead fees are waived by all local authorities and met instead by government funding.

Lord Mayor Flaherty was delighted at the unanimous support of the ABC Council and her heart lifted to watch as, one by one, other councils brought forward and approved motions brought by her Ulster Unionist colleagues.

However, a letter from party leader Robin Swann MLA to government has met with a response which has left a bad taste in the mouth for Councillor Flaherty and her supporters.

Minister of State Shailesh Vara has written to say, essentially ‘no can do’!

While sympathetic, the Minister says it “further underlines the importance of restoring devolved government in Northern Ireland so that decisions can be taken in the interests of the whole community”.

The letter – sent on behalf of the Secretary of State – states: “I was sorry to hear of the tragic loss Lord Mayor Flaherty has faced and understand that this issue is one close to her heart.

“I do understand the sensitive natures of this issue and note the Prime Minister’s intention to set up a Children’s Funeral Fund in England, similar to that already introduced in Wales.

“You are aware that this is a devolved matter for the Department for Communities (DfC) and I note that Lord Mayor Flaherty has raised the matter with DfC who are researching the issue.

“It is thier intention to have all the relevant information about the possible introduction of a scheme, similar to other parts of the UK, ready for consideration by an incoming Minister.”

The response has angered Lord Mayor Flaherty who says, quite frankly, she has been left “distinctly underwhelmed”.

“It is little more than a stock, holding letter and not worthy of the subject being discussed,” she hit out.

“The disregard parents are being held in over what may seem a small matter for many, but which is a huge, important matter for the unfortunate few who have lost a child as I did, is utterly disgraceful.

“The number of letters, cards and emails I have received since I began this quest has been very overwhelming and have been very emotional to read, and my quest continues.

“I have already met with the Permanent Secretary in charge of the Department of Communities and I know full well that this type of issue underlines the importance of restoring devolved government in Northern Ireland.

“Local government has stepped up to the plate and all local councils – like my own here at Armagh City, Banbridge and Craigavon Borough Council – have already waived fees at their own discretion.

“I am very proud to be able to say the local councils are, as is usual at present, leading the way.

“My message to Karen Bradley MP, Secretary of State for Northern Ireland, is quite simple – enough is enough!

“Unless she knows something the rest of us don’t, there is quite clearly no prospect of restoring devolution in the short or medium term.

“She cannot seriously expect us all to sit back and wait for the DUP and Sinn Fein to do a deal.

“Decisions are piling up in each of the Northern Ireland departments across a whole range of issues and she needs to step up to the mark and start taking them. Now would be a good time to start.”