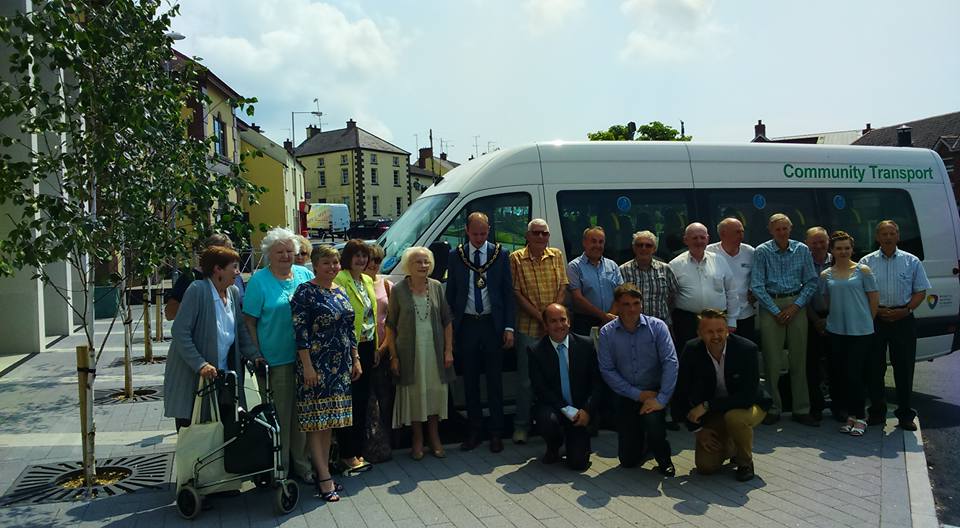 A specially adapted new community minibus has been launched by Armagh Rural Transport.

The 16-seater minibus was officially unveiled at a function at the Tommy Makem Community and Arts Centre in Keady on Monday. The launch was performed as the last official duty of outgoing Lord Mayor Darryn Causby.

Botyh commended Armagh Rural Transport on the valuable services they provide to those most rurally isolated and in need in Armagh.

A spokesperson for Armagh Rural Transport said: “The new vehicle will greatly enhance the fleet and can accommodate six wheelchairs at a time, thanks to funding from Armagh City, Banbridge and Craigavon Borough Council’s capital grants policy.

“Anyone in need of transport and interested in becoming a member or in volunteering for ART should telephone the ART office on 02837 518151 where the staff will be delighted to help.”