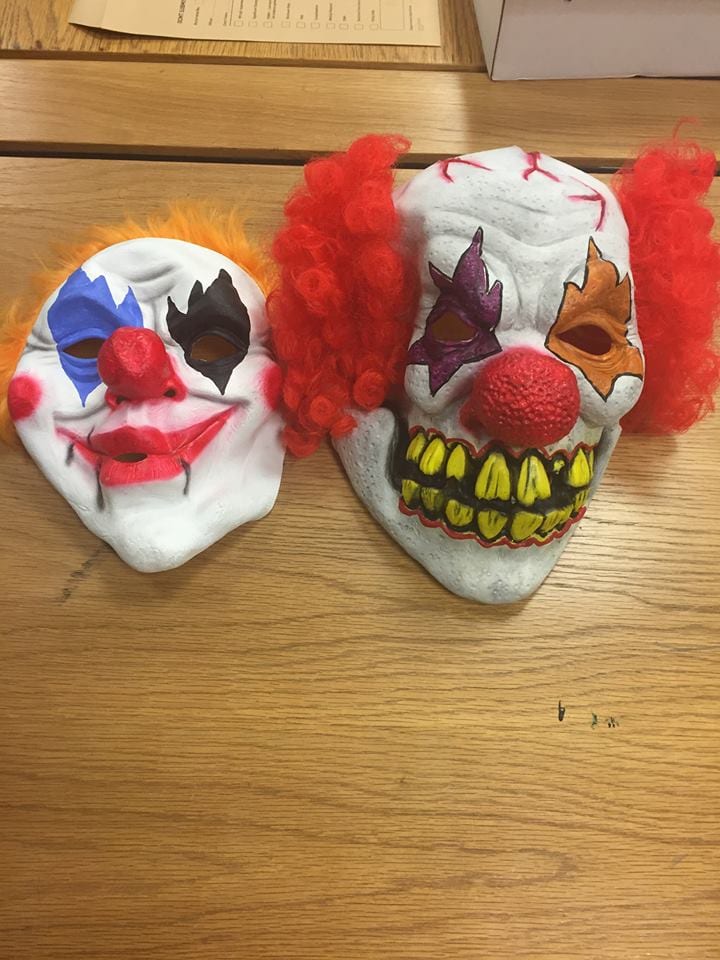 But the PSNI nipped it in the bud!

Police responded to reports of a number of males causing a disturbance at an Armagh housing estate tonight (Wednesday).

Residents in the Mullacreevie Park area reported that the culprits were dressed as clowns.

But police say the joke is now on the pranksters.

Posting a photograph of the masks seized from the culprits on their Facebook page, the PSNI in Armagh said they had tracked them down.

They will now be dealt with in relation to offences of common assault.