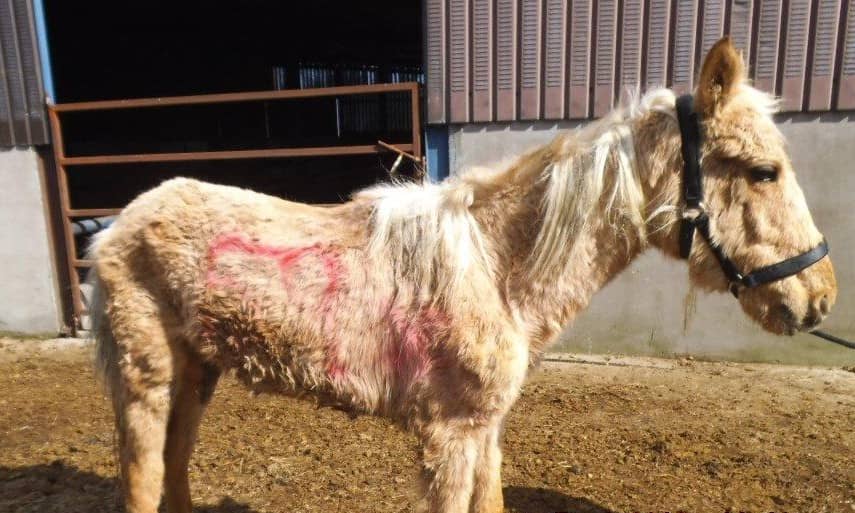 A county Armagh woman has been given a suspended sentence in relation to 15 cases of animal cruelty.

Orla Shortt of Granemore Park, Keady, pleaded guilty to causing unnecessary suffering to 15 horses in her care when she appeared at Armagh Magistrates’ Court on Tuesday.

She received a three-month sentence suspended for two years and been banned from keeping horses for two years. Shortt was also ordered to pay costs of £250.

An animal welfare investigation was launched in 2013 after a complaint was made to Armagh City and District Council regarding the condition in which horses owned by Shortt were being kept.

Animal Welfare Officers, assisted by veterinary surgeons and supported by PSNI Officers, examined over 100 horses in Shortt’s care when they visited a property at Armagh Road, Keady. Some horses were found to be malnourished, without food or water and kept in filthy conditions.

Some 15 were certified as suffering by the veterinary surgeons.

This case of animal cruelty was brought against Shortt by Armagh City, Banbridge and Craigavon Borough Council under the provisions of the Welfare of Animals Act (Northern Ireland) 2011.

Commenting on the case, Council Head of Environmental Health said: “It is upsetting to hear of cases of the mistreatment of animals. However I am gratified that Armagh City, Banbridge and Craigavon Borough Council continues to adhere to a rigorous enforcement policy to ensure full compliance of regulatory requirements.

“I would urge the public to be vigilant and report any suspected cases of mistreatment or cruelty to domestic animals and horses to our Animal Welfare Team. Complaints are investigated thoroughly and where necessary formal action is taken, which may include the issuing of Improvement Notices or, where appropriate, the seizure of animals and prosecution.”

If you are aware of any animal being neglected or abused, contact the Animal Welfare Team on 028 3751 5800 or email animalwelfare@armaghbanbridgecraigavon.gov.uk