Janice is organising a Barn Dance to help fundraise for charity 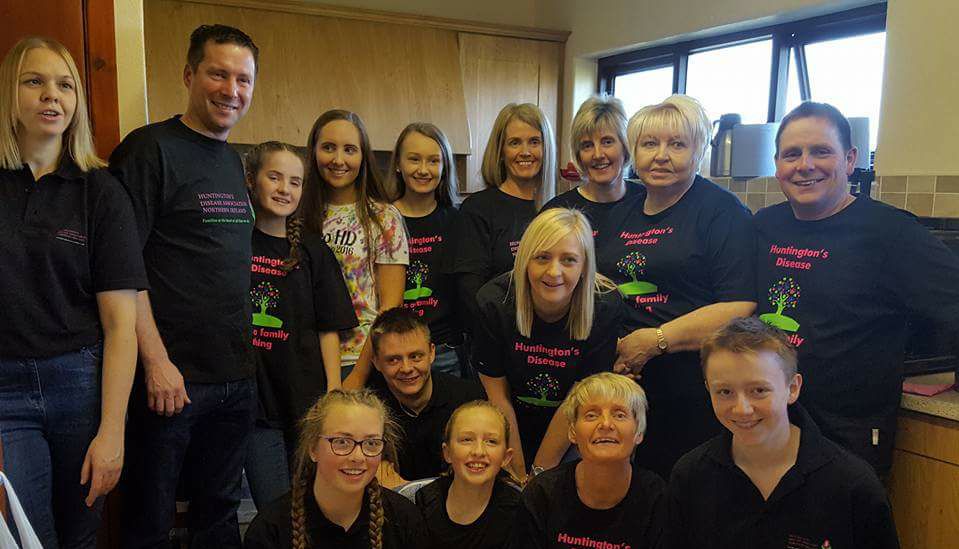 A county Armagh woman says she’s so afraid of being told she has Huntington’s Disease that she’d rather not take the test to find out.

Her two aunts also suffer from Huntington’s, as does her cousin Helen Hawthorne, from Redrock.

And if a parent has the gene, each son or daughter has a one in two chance of inheriting, but Janice feels the harsh reality would be too much to bear and, for her, ignorance is bliss.

Speaking to Armagh I, Janice explained why.

“I really don’t know if I want to know because there’s no cure for the disease,” she said.

“I haven’t been tested yet but you know the effects are so bad you have to go through counselling before you even take the test.

“It can be really hard news to take, it’s such a horrible, debilitating disease.

“I just want to be able to live my life. There are some times I think ‘yes, I want to know’ but then there are times when I’d just rather not.

“It’s frightening but I suppose you never know what’s around the corner anyway so I may as well just live life to the fullest.”

Huntington’s disease is an hereditary disorder of the central nervous system which usually develops in adulthood and can cause a very wide range of difficult symptoms.

It gets progressively worse over time and can affect movement, cognition and behaviour.

Despite her amnesic approach to her own situation, Janice is very well acquainted with Huntingon’s.

She watched her father slowly pass away, losing the ability to walk, talk and even swallow in final few months, which is why she is working hard to fundraise for Huntington’s Disease Association Northern Ireland (HDANI).

“HDANI is a small charity there to help people in there everyday lives,” Janice explained.

“With their help, dealing with it has been so much easier but they are totally reliant on fundraising.

“Sometimes, because they are such a small charitable organisation, they can be forgotten. And with Stormont at an impasse it’s even harder for them; the support meetings are down to just two sessions a week.”

Two years ago the Hawthornes from Redrock, raised more than £10,000 for HDANI. And so far this year Janice and her extended family have raised over £8000 from a coffee morning and Belfast Marathon.

And now the 42-year-old is looking to continue that vital support by organising a Barn Dance headlined by popular country singer Ritchie Remo.

The event – thanks to the huge support from Helen and Keith Gibson – will be held at Speers silo at 130 Keady Road, Armagh, BT60 3AD on Saturday, September 9.

There will be an auction and raffle on the night with all proceeds going to the charity.

They can also be picked up from any family member or through the Facebook page Huntington’s Disease Barn Dance with Ritchie Remo.

If anyone would like to donate an item for auction or sponsor the night in any way, please get in touch by any of the aforementioned means.