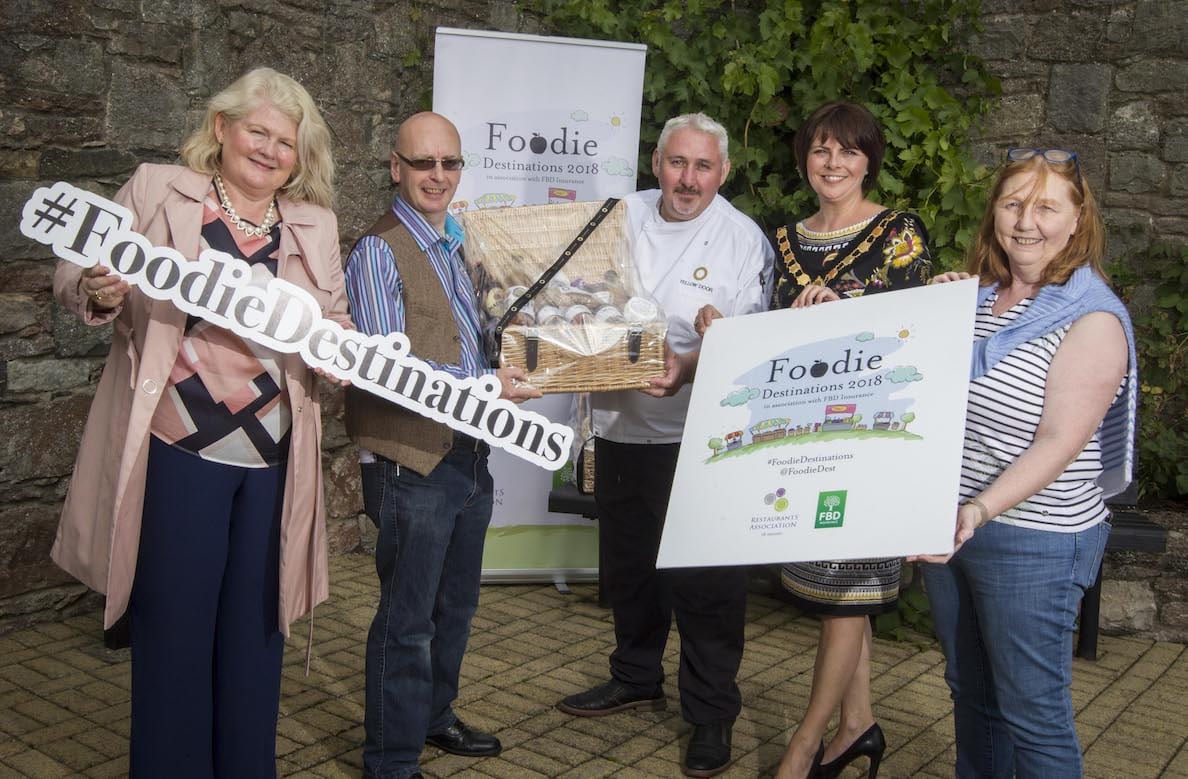 Less than one week to go until voting closes to crown Armagh and the Food Heartland the leading ‘Foodie Destination’ in the whole of Ireland.

Armagh and Northern Ireland’s official Food Heartland is hungry for victory in its bid to be named Ireland’s Top Foodie Destination by the Restaurant Association of Ireland (RAI), but it needs the public’s help to get there.

Already shortlisted to a nail-biting list of 10 locations and destinations across the island, Armagh is up against some tough competition in its bid for glory.

Councillor Julie Flaherty, Lord Mayor of Armagh City, Banbridge and Craigavon Borough, said: “This is a fantastic opportunity for everyone not only Armagh but the whole of the Borough, to rally together and help Armagh and the Food Heartland reach this iconic goal.

“We are thrilled to be one of only three areas representing Northern Ireland on this competitive shortlist.

“We are urging anyone with 30 seconds to spare to visit www.foodiedestination.ie to cast their vote and help put Armagh and the Food Heartland in the top spot.

“It will be a major coup for the borough if we can mobilise the masses and secure the title of Ireland’s Top Foodie Destination before voting closes on Tuesday 21 August, so get voting!”

Visit www.foodiedestination.ie and cast your vote!

A #FoodieDestinations campaign has already been trending across social media as all shortlisted regions champion the cause.

These include the Boyne Valley, Kilkenny, Galway and Kinsale in Cork. Derry/Londonderry and Mid & East Antrim are also representing Northern Ireland in the hotly contested race. ARMAGH FOODIE HEAVEN: Top judges from the Restaurant Association of Ireland (RAI) arrived in the Orchard County this week, undertaking an intensive tour and inspection of Armagh’s thriving food, drink and hospitality sector. Armagh, a key centre in Northern Ireland’s official Food Heartland, has already been nominated by the 2,500-member restaurant body as one of the Top 10 Foodie Destinations on the island and is now competing to take the number one spot. RAI judges Wendy Kavanagh and Zack Gallagher, who run Irish Food Tours, join Kelly Crawford and Mark Troughton from Armagh Cider Company in the county’s famous orchard countryside as part of the competition.

Armagh has the appetite to win and has support from local businesses, personalities, and the myriad of award-winning producers and chefs from across the Food Heartland including Gareth Reid at 4Vicars, the Armagh Cider Company, Groucho’s of Richhill and Long Meadow Cider.

With the provenance and quality of produce from across Armagh and the wider borough recognised across the world – including the PGI status Armagh Bramley Apple and Lough Neagh Eels, and Lough Neagh Pollan which was recently awarded special status as “Protected Designation of Origin (PDO)” – there is no doubting that the award-winning Food Heartland is already a top Foodie Destination.

Voters are encouraged to spread the word amongst friends, family, co-workers and fellow foodies by using the #voteArmagh and #FoodieDestinations hashtags across social media before voting closes on Tuesday, 21 August.
For more information, visit www.foodiedestination.ie or click on the image below.