It’s Official! Armagh City in the running for City of Culture 2025 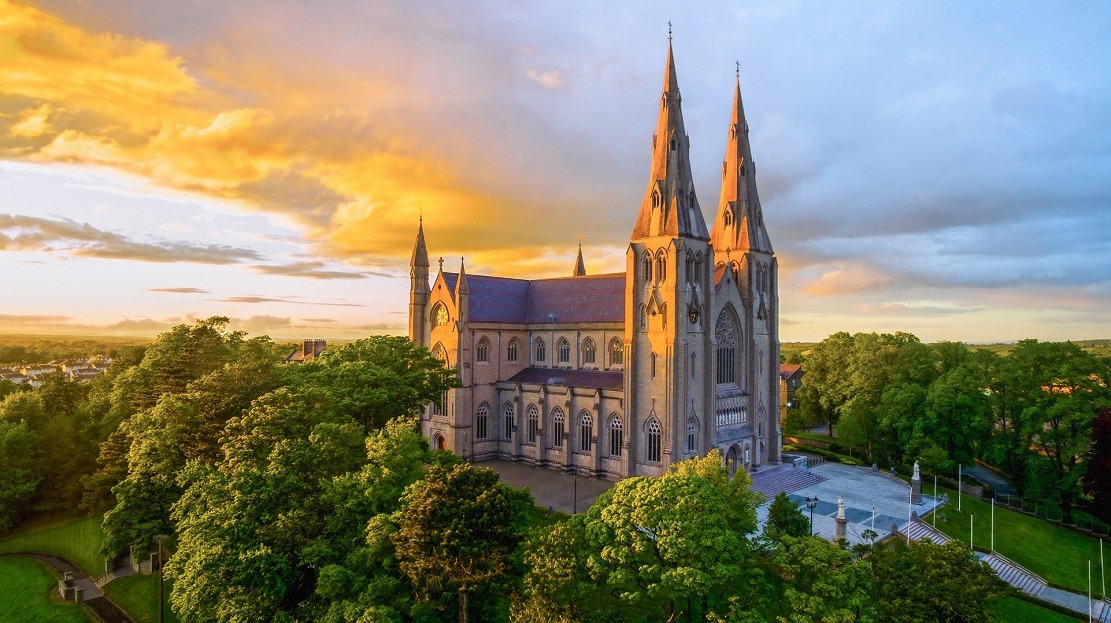 The UK City of Culture has officially released the names of all those cities competing for the coveted title in 2025, confirming Armagh City, Banbridge and Craigavon (ABC) as a potential future winner for Northern Ireland.

The UK City of Culture – a competition run by the Department of Digital, Culture, Media and Sport every four years – announced this morning (Friday) that Armagh City – heading up the ABC borough will be competing against 20 other UK cities for the title.

Coventry is the current UK City of Culture 2021, with Derry/Londonderry previously holding the title in 2013.

Welcoming the news, Lord Mayor of Armagh City, Banbridge and Craigavon, Alderman Glenn Barr, said: “Armagh City and the wider borough is proud of its heritage, which has been a centre of cultural and creative expression for over 7,500 years, provoking thought and keeping traditions alive for future generations.

“Our borough is famous for its literature, music, visual arts, sport, science, orchards and rich home-grown produce – all of which are now ripe for sharing on an international stage.”

He added: “Securing the UK City of Culture 2025 title would help spark a new, dynamic and broad-reaching catalyst for positive change for the people and place of Armagh City, this borough, and indeed all of Northern Ireland.

“Aspiring to win will provide a platform to showcase our unique talent, our food, culture, history and so much more and I look forward to supporting this bid by closely working with our business and community partners on this incredible opportunity.”

Other cities from across the four UK regions on the list include Southampton, Stirling, Conwy, Bradford, Newport and Durham.

The Lord Mayor was also keen to acknowledge all the other destinations involved in the competition.

He said: “I would like to congratulate all the cities that have submitted bids and wish them all well as we start our City of Culture journeys together.

“The competition for the 2025 title is exceptional and we will be competing against many prestigious cities and locations and so I urge everyone to get squarely behind this bid, take pride in our city and borough and show your support to help us win.

“Our people, our place, our vibrant culture and unique heritage deserve this outstanding recognition”.

The 20 bidders will now be reduced to an initial long list of bidders in the coming weeks and then cut down further to a final shortlist in early 2022. The winner will be announced in May 2022.

The benefits to the winner of the title are huge, attracting millions of visitors and investment and bringing communities together to showcase the place where they live to the country and the world.

Throughout the history of this competition the winning cities have always benefited from financial support to ensure the programme’s success and lasting legacy.

Coventry has received over £15.5 million from the Government to directly support its year as UK City of Culture and the city has already attracted over £100 million so far in capital investment to support a variety of cultural projects.

Sir Phil Redmond, Chair of the UK City of Culture Expert Advisory Panel, said: “The three previous title holders have demonstrated the transformative and catalytic effect culture can bring about, even within places that have been ultimately unsuccessful but have gone on to develop collaborative and sustainable partnerships.

“The list for 2025 also demonstrates the breadth of ambition, aspiration and innovation that exists from coast to coast and nation to nation across the UK and I am looking forward to that challenge of immersing myself once again in the UK’s rich seam of creativity.”