The south and west parts of Ireland will be worse affected 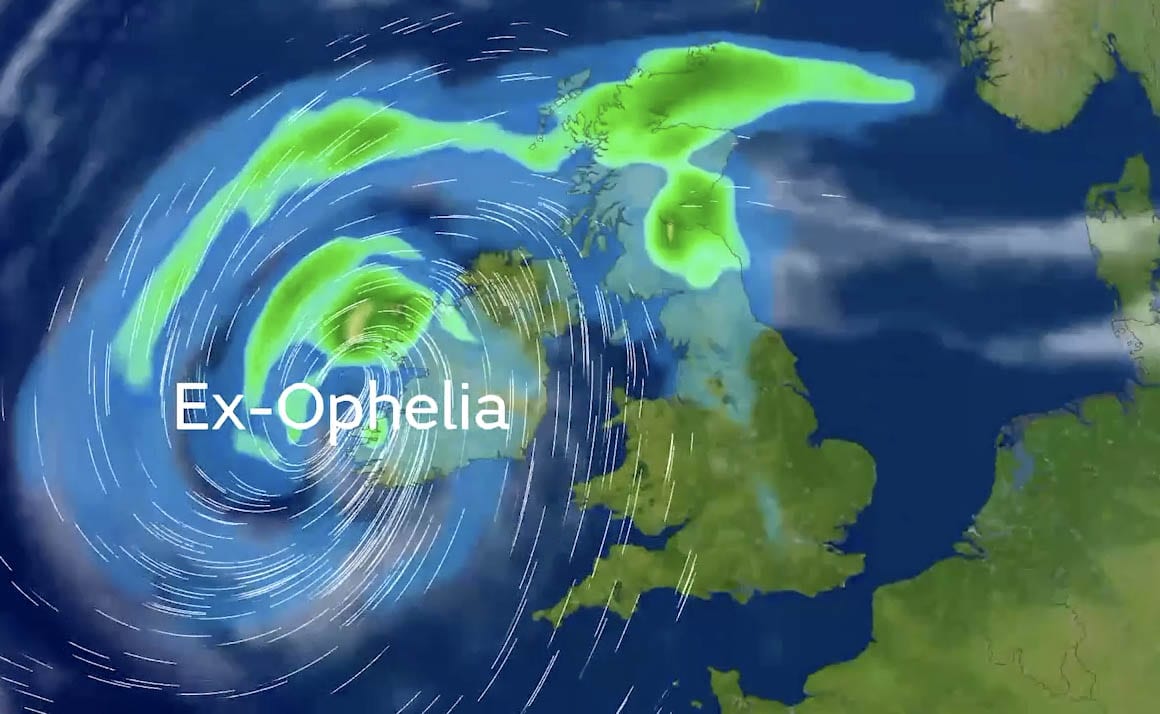 The storm expected to hit our shores on Monday morning could be worse than first feared, according to Irish meteorologists.

The Irish meteorological service has issued a “status red” warning – the highest possible waring – ahead of Hurricane Ophelia’s arrival.

The storm is expected to hit Co Armagh around 8am tomorrow but the southern and western reaches of Ireland – Cork, Kerry, Clare, Galway and Mayo – look set to see wind speeds in excess of 130kph.

The warning by the Irish Meteorological Service said: “Hurricane Ophelia is expected to transition to a post tropical storm as it approaches our shores on Monday bringing severe winds and stormy conditions .

“Mean wind speeds in excess of 80 km/h and gusts in excess of 130km/h are expected, potentially causing structural damage and disruption, with dangerous marine conditions due to high seas and potential flooding.”

“Power cuts may occur, with the potential to affect other services, such as mobile phone coverage.

“Some damage to buildings, such as tiles blown from roofs could happen, perhaps leading to injuries and danger to life from flying debris.

“Coastal routes, sea fronts and coastal communities may be affected by spray and/or large waves.”