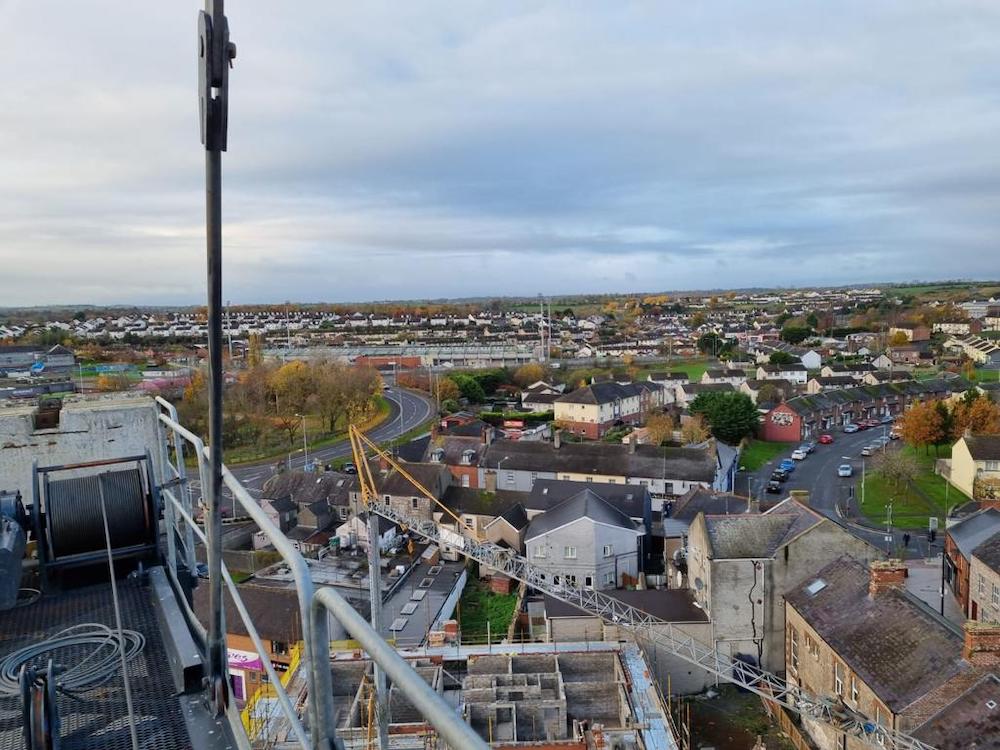 These images detail the progress of a multi-million pound housing development in Armagh city centre.

The scheme, to bring a derelict site on Ogle Street back to life, is expected to be complete by December 2023.

It’s 24 years this month since bulldozers rolled in to raze the majority of the street to the ground.

Two and a half decades later and many false dawns and this part of Armagh’s historic city centre will have a whole new lease of life. Ballymacnab-based Moss Construction have been entrusted with the project which began in earnest earlier this summer – the planning has been seven years of hard work, with Ogle Street Investments (OSI) now about to carry out one of the most ambitious projects in the city centre for years.

The construction of the 70 homes and one retail unit will create in excess of 50 jobs over the two years and on completion, Ark Housing Association will take over 42 of the units with the remaining 28 residential – and one commercial unit – being retained by OSI and offered to the rental market.