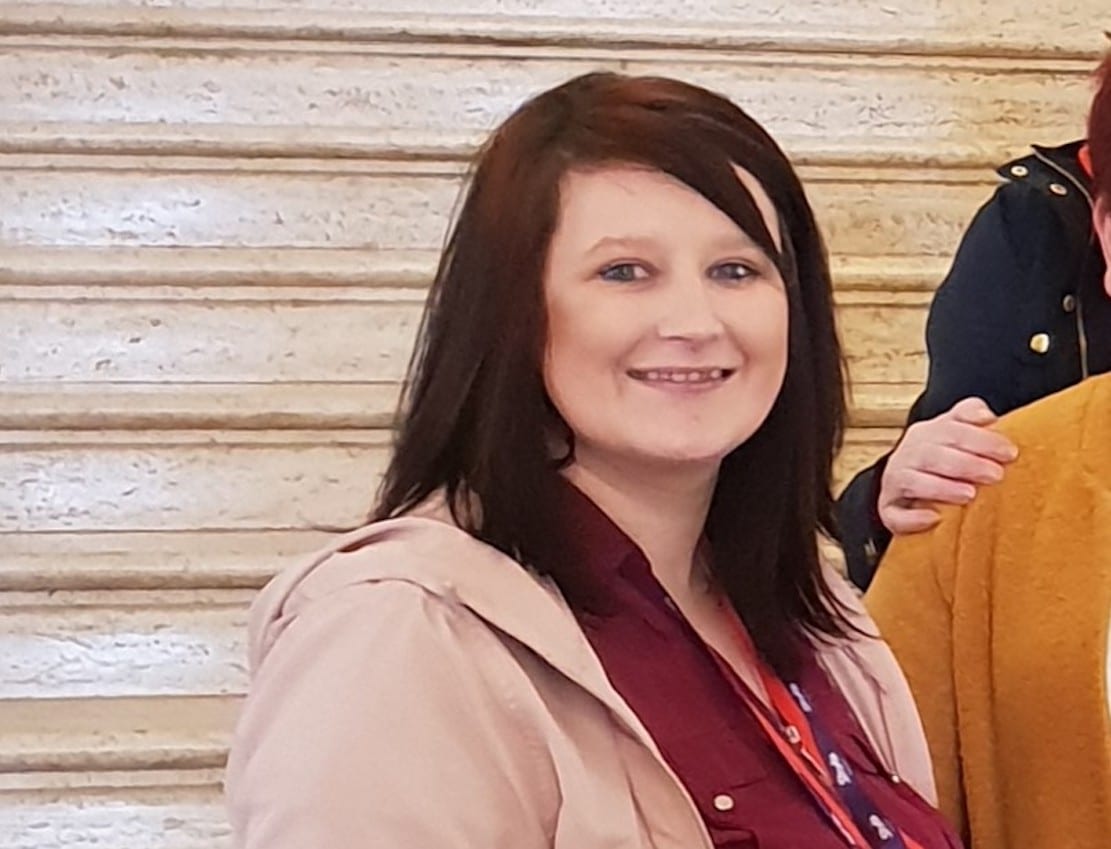 An Armagh mum says she still lives in fear after suffering a stroke at 23 years of age.

“I remember waking up just after 4am on that New Year’s morning and I was incredibly warm,” said Stacey.

“That’s what woke me up. I’d worked in community care so I had some understanding of stroke. I knew something wasn’t right. I felt like my face was drooping on one side and that my speech sounded funny to me.

“I woke my then partner, now husband, Philip and said to him, get me an ambulance, I’m taking a stroke. He didn’t believe me and to be honest I started to doubt it too.”

When she arrived at hospital Stacey said she feared doctors would think she was just another hungover reveller and wouldn’t take her symptoms seriously.

Stacey says she’s extremely grateful for the support of her friends and family but her stroke has caused a lot of worry and fear in her life.

She says she was terrified she might not be able to walk again, get married or have more children after her stroke. Thankfully since her stroke Stacey has gone on to get married and is mum to Poppie (8), Heidi (4) and Blake (2).

She says one of the hardest things is that she feels she can’t take her two year old to the park on her own.

“As soon as I let him down, he runs and I can’t run after him which is really tough,” she said.

“I just feel awful that I can’t do the same things with them. I worry that they miss out because I’m not the person I was before my stroke.

“Sometimes I worry about a stroke happening again. I definitely stay at home more than before. I used to enjoy going out with friends like any other person in their 20s but now I have a very select few that I allow in my circle. I go out when I can but I’m more of a house person now.

“I don’t really talk about how I feel with my family and friends much. I’m aware that they see me coping and I look ok so they probably think I must be ok.

“But I do feel I can open up and be honest about how I feel with my friends from the Orchard Women After Stroke Group – a peer support group for women rebuilding their lives after stroke.

“So much of living life after stroke is hidden and every day is different. I think it’s important that people know that you can go on to have a family and enjoy family life after a stroke.” 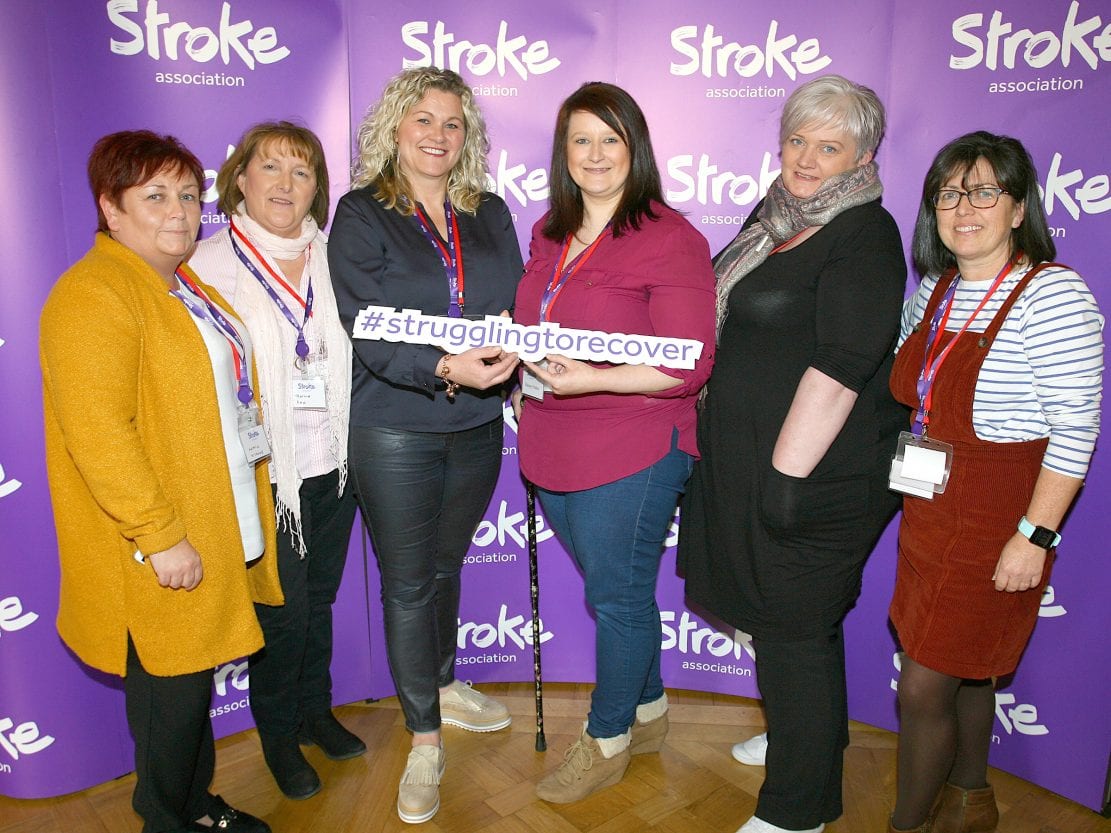 More than one million stroke survivors (89%) live in fear of having another stroke and are scared to go out alone (79%), leaving them afraid for their recovery (79%) in the aftermath of their stroke, according to a leading national charity.

The Stroke Association’s startling new findings show how people’s recoveries are under threat from fear itself.

The charity’s latest research (of over 1,000 stroke survivors) also reveals the hidden bareditorriers that people can face after stroke, often too scared to talk to anyone about:

· Over a third (37%) of these stroke survivors said they didn’t want to worry anyone, they were too afraid (27%) or didn’t want to sound stupid (26%) by talking about their fears.

On top of dealing with these fears and concerns, the study also shows that many stroke survivors are facing their recovery alone.

This leads to a bleak attitude to recovery with almost nine in ten (88%) survivors afraid they won’t get better and four out of five (80%) fearing they would get sent to a care home when they first had their stroke. Fear prevents people from getting out and about and meeting others, two of the key factors that stroke survivors have said are integral to their recovery.

Juliet Bouverie, Chief Executive of the Stroke Association, said: “These stats are truly shocking. I am heart-broken to hear that stroke survivors felt they couldn’t speak to those closest to them about their biggest worries and fears.

“When you live in isolation, too afraid to leave the house and are unable to ask for help, your motivation can disappear, and can leave you in a very bad place emotionally – feeling like a prisoner in your own home.

“It takes a team to rebuild lives after stroke. When stroke strikes, part of your brain shuts down, and so does a part of you. Recovery is tough, but with the right specialist support, the brain can adapt after stroke.

“I’ve heard countless stories, and know countless people who, after many years continue to make remarkable recoveries. The first step to eliminating fear is to ask for help and support.

“If you are a stroke survivor, this could mean speaking to your doctor or social worker to get some answers. If you know a stroke survivor, reach out, ask them how they’re feeling. No one should have to live their life in constant fear.”

· 87% of stroke survivors said they feared losing their independence

· 81% of stroke survivors said they were afraid they wouldn’t be able to look after their children or parents.

Juliet continues: “I was horrified to find out that there are still many people who feel helpless. People are missing out on the life they could have – this must change. Don’t be afraid to ask questions about your health. We want everyone to know that you can rebuild your life after stroke. Every stroke is different and so is every recovery. It can take years to adjust to a new normal.

“The Stroke Association’s Helpline is for everyone affected by stroke. There are no stupid questions. If you are worried about anything, call 0303 3033 100 and get support from one of our trained helpline staff.”

For more information about Rebuilding Lives or about stroke, visit www.stroke.org.uk/rebuildinglives.