Hundreds to take part in parades and services this weekend 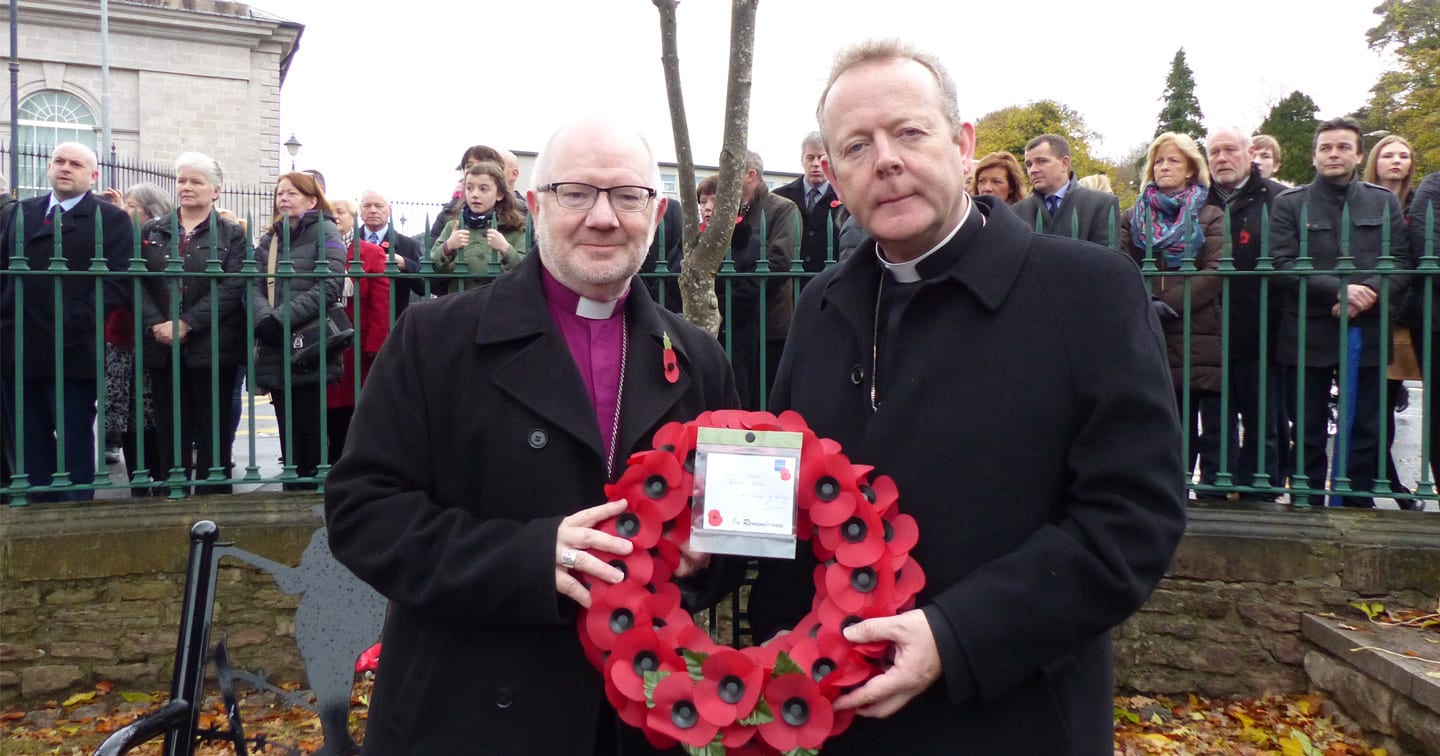 The annual Remembrance Day parades and services will be held across County Armagh and beyond next Sunday, November 12.

In Armagh, the parade will begin at the local branch of the Royal British Legion’s premises at Dobbin Street, leaving at 10am.

It will make its way, led by the Armagh Old Boys’ Silver Band, through the city centre to the Cenotaph.

There, the Act of Remembrance and wreath-laying will be conducted, with the silence observed at 11am and the sounding of The Last Post and Reveille.

Some 300 are expected to take part in the procession.

This year, the church service will be held at The Mall Presbyterian Church.

Afterwards, the parade will fall in again and move along Mall West, Barrack Street and Friary Road before returning to the Legion premises at Dobbin Street.

At Loughgall, proceedings will centre around the War Memorial, led by Mavemacullen Accordion Band, before a service in St Luke’s Parish Church.

Four bands – John Hunter Memorial, Mullabrack Accordion, Tyrones Ditches and Markethill Pipe – will participate in the Remembrance Day event in Markethill. It will leave Keady Street at 3pm, with the Act of Remembrance at the town War Memorial at the bottom of Main Street.

As is traditional, there will be two church services – at Markethill Methodist Church and Markethill (Upper) Presbyterian Church.

In Richhill, two bands – Ballytyrone Accordion and Corcrain Flute – will accompany the parade which is due to make its way to the new Garden of Rembrance, setting off at 10.50am.

Tandragee Remembrance Day gets underway at 10.30am at Cornmarket Street and, after the annual ceremony at the War Memorial at the top of the town, the parade – accompanied by two bands – will make its way to Tandragee Baptist Church on the Madden Road.

At Scarva, parade participants will gather at the Visitors Centre, leaving at 10am and pausing to lay wreaths at the village memorial, before then proceeding to Scarva Presbyterian Church for a Service of Remembrance.

Poyntzpass Silver Band will accompany those participating in the Remembrance Day service in the village. It gets underway from the Legion premises at 6.30pm and makes its way to the local Presbyterian Church, on Meeting Street, with the service to begin at 7pm.

In Newry City, the parade leaves Trevor Hill at 10.40am and will walk to the Cenotaph for the annual Act of Remembrance. The musical accompaniment there will be by the Hunter Moore Memorial Flute Band.

At nearby Bessbrook, proceedings also get underway at 10.40am, with Tullyvallen Silver Band leading the parade from the Legion to the Cenotaph, followed by service in the Church of Ireland.

Banbridge’s annual Remembrance Day event takes place in the afternoon. With two bands taking part, it leaves Kenlis Court at 2.30pm. It will stop for a wreath-laying ceremony at the Cenotaph before making its way to the Bannside Church on the Castlewellan Road, where the service is due to get underway at 3.30pm.

Those taking part in the Lurgan parade will leave Union Street at 10.15am, with wreaths being laid at Lurgan Cenotaph followed by a service in Shankill Parish Church.