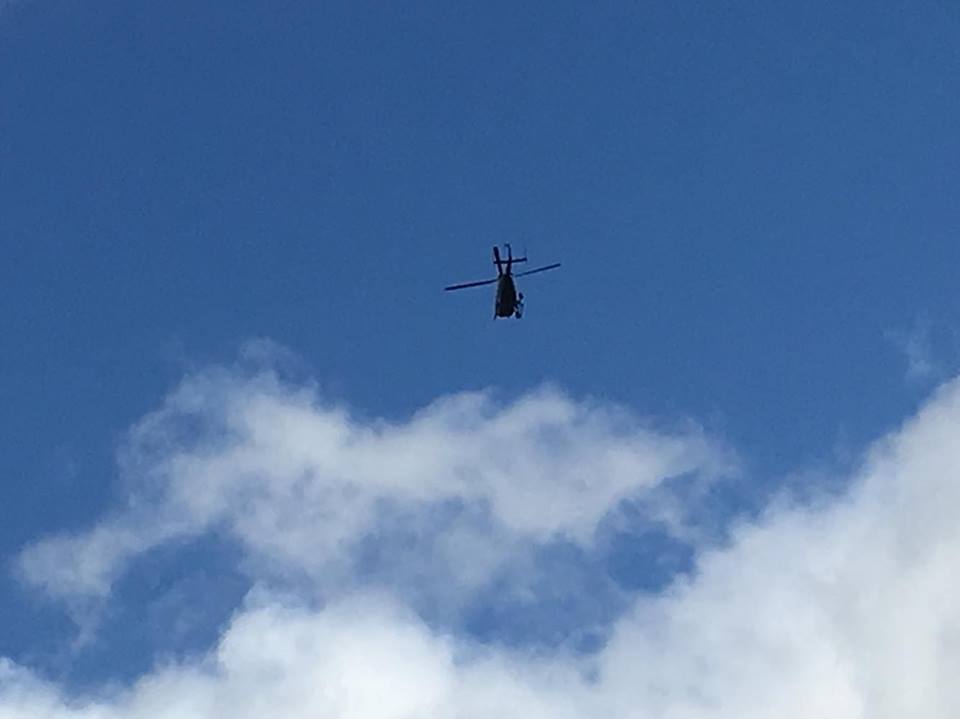 Police sprang into action after the latest in a spate of local burglaries saw jewellery stolen from a family home in Armagh yesterday (Monday).

The incident happened in the afternoon and the police helicopter (pictured over Armagh yesterday) was dispatched to try and track down the culprits.

It came after burglaries at FOUR homes in Armagh and district on Friday afternoon.

The raids – in Armagh, Markethill and Keady – all resulted in money and jewellery being taken.

Yesterday’s search operation is not believed to have resulted in any arrests.

Detective Constable Lauren Edwards confirmed to Armagh I: “Police attended the scene of a burglary at a house in the Desert Lane area of Armagh yesterday, Monday, 2 May.

“It was reported that jewellery was stolen in this burglary.”

Police have also confirmed that detectives are investigating burglaries at four houses in the Armagh area on Friday, April 29.

These happened at at Bessbrook Road in Markethill, Richview Heights in Keady, and on the Newtownhamilton Road and Cavanacaw Road in Armagh between 9am and 4pm.

Cash and jewellery were reported stolen as a result.

Enquiries are ongoing to determine if these incidents are linked.

Detective Constable Victoria Holmes is appealing for anyone who may have noticed suspicious activity at any of these locations or who has any information which may be of assistance to police to contact detectives in Lurgan on 101. Information can also be given anonymously through the independent charity Crimestoppers on 0800 555 111.