Armagh might be king when it comes to cider but it’s the Guinness which got Guru approval!

Vlogger Darragh takes whistle-stop tour of Armagh pubs for a bevy or three and declares: 'The Guinness is good. The craic is good' 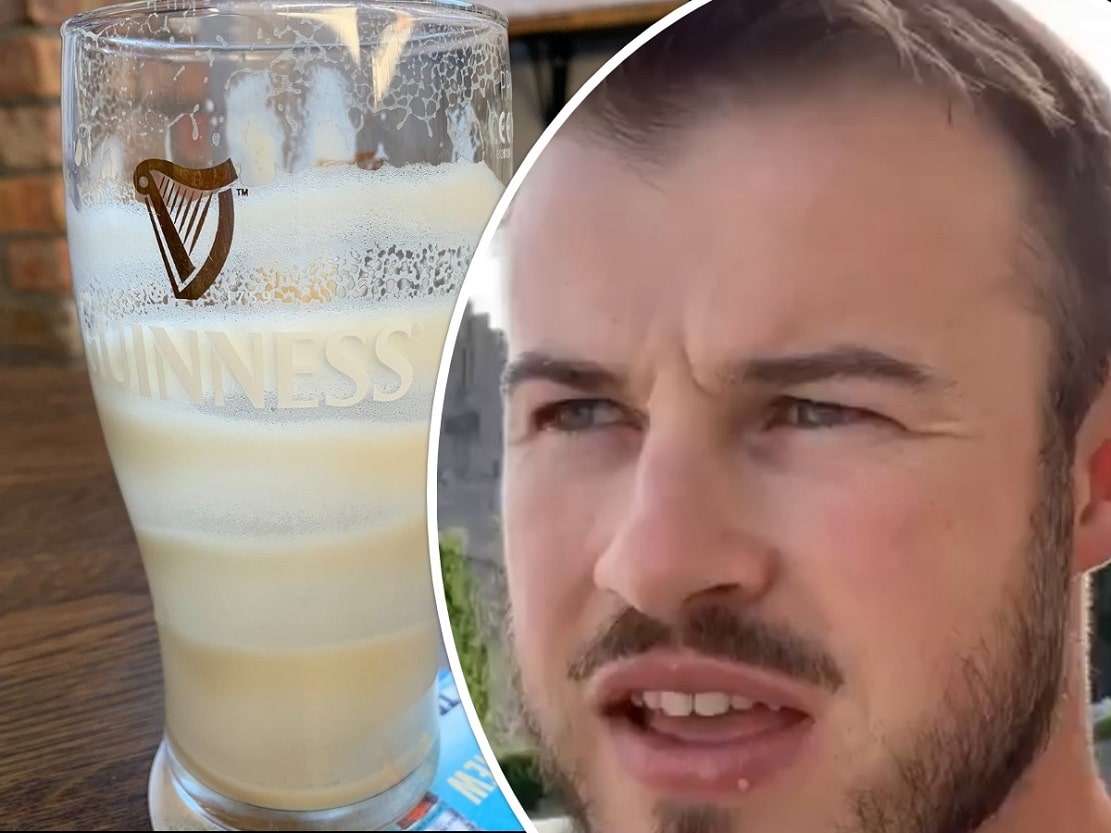 Armagh may be better know for its cider but it can also serve a perfect pint of the black stuff according to the Guru himself.

Co Meath Vlogger Darragh Curran, also known as the ‘Guinness Guru’, partook of a few colds ones on a visit to the city at the weekend – and was happy to do so.

The Ashbourne native began the day at the Toby Jug where, before he was even able to explain “the craic”, he was instantly recognised by the barmaid and was handed one on the house.

Next up on the whistlestop tour was Keegan’s Bar, where he was a fan of the unbranded pint glasses in which his Guinness was served.

Then it was on to one of his “most requested” watering holes in the shape of Red Neds.

Darragh described the scenes inside the Ogle Street pub as “carnage” with many punters recognising him and making him feel like a “celebrity”, including a local GAA team.

One of the players, known to Darragh only as “Big Foxy”, was obliging in getting a round in for the Guru.

Then, there was a bit of a break and some water before he picked up the pace again with a visit to The Hole in the Wall.

Upon arrival, Darragh said he knew instantly it would be a great spot as its “discreet” location and lack of signage showed it did not need to shout from the rooftops.

Then it was off to McKenna’s Bar, which to Darragh, appeared to be more of a later night spot.

Finally, the last stop before home was Mickey Kelly’s Bar, where the Guru was equally pleased with the tipple.

He commented: “There is something brewing in the North. The Guinness is good. The craic is good.”

Darragh admitted having some trepidation instilled in him by others about the city, however, he had nothing but good things to say about Armagh and its pints.

He said he was “blown away” by the hospitality and amazed at how many people recognised him as the Guinness Guru.

Check out his full review of the Armagh hospitality below..