Going for broke: How a young Armagh man wrestled with crippling gambling addiction 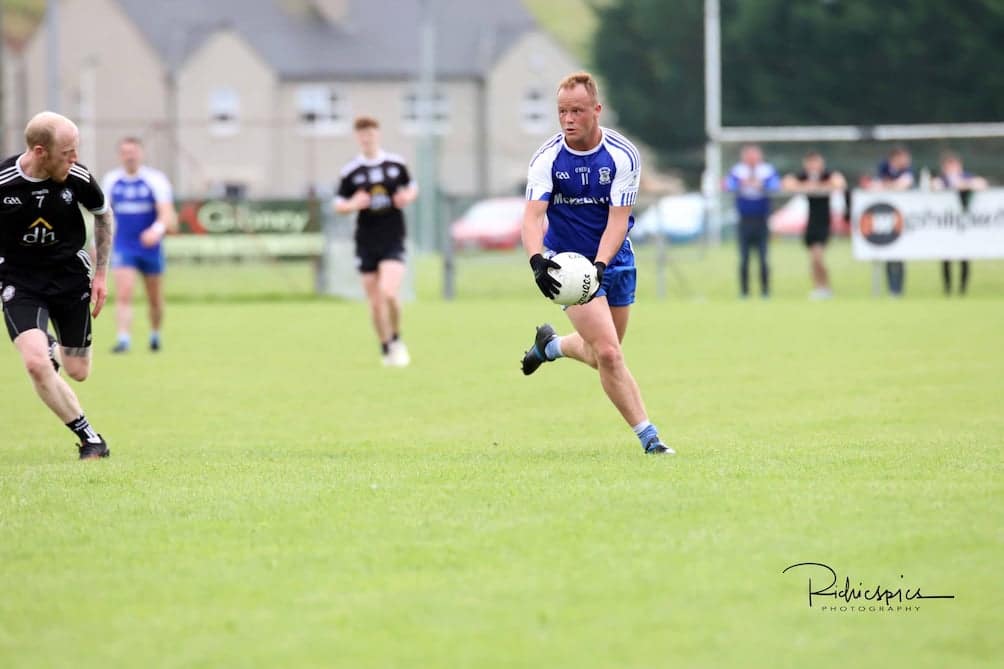 For the best part of a decade one young Armagh man has been chasing an illusion – firmly in the hold of a gambling addiction he thought he had under control.

He was never in control.

To borrow a phrase, 27-year-old Eoin Fields may as well have been placing bets in a burning house.

Chasing futile wins – which when they very occasionally came up – were just never enough to satisfy an insatiable craving; for the aspiring sports coach was oblivious of the serious problems around him and how they were getting worse with each discarded docket.

This week Armagh I caught up with Eoin, who has now been bet-free for more than seven months, but he has good people around him to thank for that.

He may have been aware of the issues in more recent years but the problems started to manifest themselves from his very first bet at the age of 16. Burying his head in the sand felt like the best option for a long time.

“I knew I was doing wrong but I couldn’t stop myself, I just wanted to keep doing it,” he told Armagh I.

“Ten times out of 10 I knew it was wrong but I didn’t see anything else, I just went and did it anyway. I would have always said to myself ‘that was it’ but a day, or a week later, it was the same again.”

The toll on his personal life began to show; his university life in Liverpool was cut short after just a year, primarily because of the vices of the big city casinos, and his work life was impacted too. Gambling was everything, and it was nothing.

Eoin admitted: “I wouldn’t have gone a day – even an hour – without thinking about gambling. There would have been nights coming home from work at 5pm and gambling until 7am the next morning. I wouldn’t have slept. That was a lot of the time.

“Then I was coming into work and nearly falling asleep at 10am. I couldn’t keep my eyes open. I was thinking about gambling even then. I was on my phone, gambling online. There would have been times my boss would have come in and told me to put the phone away. I was gambling during work; at any opportunity, it was taking a hold of me.

“There was one night, I was in a bingo hall in Armagh with a roulette table and after 20 minutes I had gambled £800. This was at 2.30-3am in the morning I was in there and I remember thinking to myself when I walked out, ‘did I actually gamble that much, that quickly?’.

“It was at times when you’re bored, I think that’s when you crave it most. When I got near a bookies, whether it was online or not, everything else just went out of my head.

“Anything could have been going on around me and I wouldn’t have thought about it, as long as I was gambling, that’s all I was focussed on.

“When you’re losing more money, you start to chase it. I could have a bet on a horse, a football match, a dog race and have money in the slot machines; I could be doing four things at the one time. I was constantly looking to win more money.

“I just think it’s that chase – you think you’re going to win before you actually start to bet and that’s what drew me. I loved the chase, the buzz of it, especially when you won, but I didn’t win. In the end up, I lost my money 99% of the time. It was a way to fill the void of boredom.”

“I was 16,” he remembers. “It was maybe in a gaming arcade on the slots, maybe a fiver, but then I was able to go into the bookies. It was small amounts at first. When you win your first bet though, you think this is great, then it just turns – you end up on £20, £40 bets.”

Betting on football was a huge problem for the Armagh Harps club player, however, playing it was his salvation – if only for a few hours a week.

“Only for football,” Eoin continued. “For me, football was a massive thing. There was a time I came home after I had gambled a serious amount of money. This may have been 6pm and I had training at 7pm. I said to my younger brother, ‘I’m not going’. I sat on the bed and thought to myself, the only thing that will take my mind off this is going to football.

“When I was at football for an hour-and-a-half I never once thought of my problems, my worries. When I was at football that was all gone, taken away. Just when I was finished and had too much time to think, it was an issue. That’s why football was such an important outlet for me and it always has been in situations like that.”

Eoin’s problems didn’t necessarily come to a head per se; for that, he said, he was lucky. It was a culmination of self-awareness and strong people around him. He knew he had a problem and earlier this year, he openly admitted that. And for him, the burden was lifted. A problem shared they say….

“One of my last bets in February was £100 on a horse,” he recalled. “I was out socialising and it won. I thought to myself, what am I doing? Why am I putting that much money on a horse? I don’t follow horse racing.

“A lot of people would talk about their last bet being a big losing bet but I actually think mine was that winning bet. I knew it was wrong and at that time there were people who meant a lot to me, I was hiding it from them.

“Gambling was affecting my mental health because I suffered with depression a number of years ago and I thought to myself, I can’t be going back down that route. I came out of a dark place, I don’t want to be going back into it.

“I thought, if I want a life for myself, plans for the future, I have got to be honest with myself and the people around me. Telling them was hard because I didn’t know how they were going to react.

“Telling my family I had an addiction and that I needed help was tough. I know they will always support me but it’s not easy opening up like that. Luckily enough I have good family and friends. I owe them a lot. I will never forget the things people have done for me.

“I haven’t touched a bet in seven months and that’s a massive achievement for me considering how long it had been going on for.

“I’m so glad I took the step to stop it because a lot of people would be in my situation but probably think they’re in control of it but realistically you’re not. I told myself that from I was 16. From fruit machines, then when I turned 18-19, I moved to Liverpool and I was introduced to casinos – then it just started to take over.

“I just thought I was in control the whole time for almost nine years, but I wasn’t. My gambling should have stopped years ago but I just couldn’t admit it. I didn’t want to admit it.

“I even remember one occasion where I got my student loan and it was £2,000 – a day and a half later and it was gambled, gone. I went through phases where I maybe wouldn’t gamble for a few weeks but it was always in me, the craving was always there to do it. I always went back to it no matter what.”

Hindsight is a wonderful thing and Eoin, with some retrospect, can look back on his experience now and see things he was blind to for years. It was having a profound effect on him.

“My mood and everything was affected,” he said. “I would have come home and into the house and my family would have known I had been gambling just by my mood. It was really taking over to the point where I was just taking it out on people around me because I was gambling such money.

“It wasn’t that I had loads of money; I had savings, I just blew them all.”

Money for a new car was frittered away too. A Credit Union account emptied. For Eoin, it seemed like a never ending cycle, but for now, that cycle seems to have been broken – hopefully permanently.

“There wasn’t many good things to come out of the lockdown for me but that was probably one of them, not being able to get out and bet. Being able to come away from all that there. I haven’t really looked back and it’s something I am so proud of; you are never far away from a slip again, on anything. One thing could just tip you over the edge again. I feel very good.”

But he couldn’t have done it without acknowledging he needed help.

“When you open up and actually go to talk to someone – it doesn’t have to be the closest person to you – you’ll see that weight lift right off your shoulders. It’s unreal. Nobody is out there not to help you. I was there at my first meeting for an hour but I could have sat there for two.”

A young man at 27, there’s still a stigma attached to asking for help – admitting weakness.

“I think it’s common more and more common for men to seek help but there’s still a long way to go,” said Eoin. “There’s no shame in it. I hope maybe me talking about my issues, if it changes one person’s fortunes, I’d be happy.”

For now Eoin is looking towards getting back into higher education and completing a sports coaching degree at Jordanstown. For now, he’s focussing on the good things in his life..

If you want to seek help with a gambling addiction, check out the Southern Trust’s support services here. There is also plenty of topical advice with Minding Your Head here.

Feel free to reach out to us with your story. Email the newsdesk at info@armaghi.com.