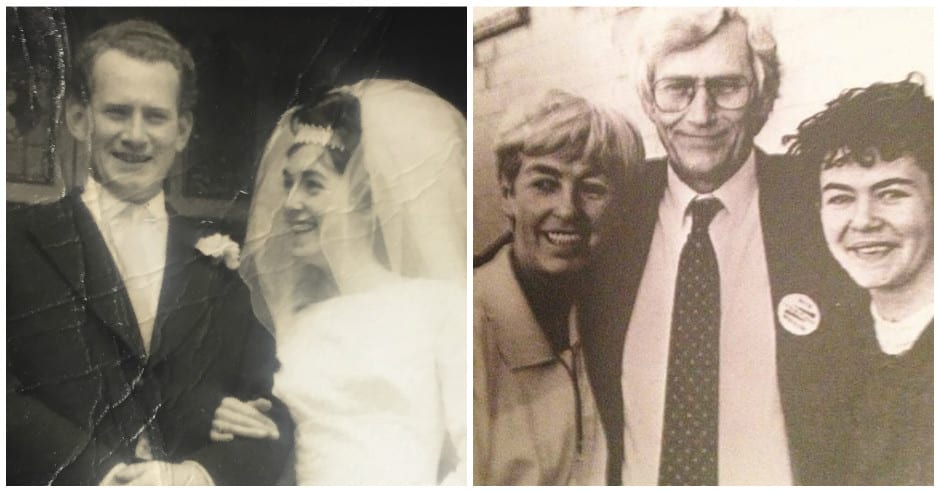 Gertrude Mallon, who suffered from dementia, died at her home in Castleview, Markethill on Monday.

Gertrude will repose at her late home until removal on Wednesday at 10.15am for 11.00am Requiem Mass at the Church of St James.

Burial afterwards in the adjoining cemetery. Family flowers only.

She leaves behind husband Seamus and daughter Orla.

It is understood the mother-of-one and former nurse was housebound for the past few years.

Founding member of the SDLP, John Hume, paid his tributes.

“She was a tower of support to Seamus, her contribution to peace, politics and people across this island is immeasurable,” he said.

“It’s often those closest to politicians who are forced to endure the most in difficult times.

“Gertrude’s caring nature from her background in nursing stood her in good stead as she looked after not only her own family but all those who needed support as the horrors of that time unfolded.”

In a statement, he said: “It is with regret that I learned of the passing of Gertrude Mallon.

“I visited Gertrude and Seamus in their home last year in Markethill and saw first-hand the love and devotion they had for each other.

“Gertrude had been ill for some time and, along with her carers, Seamus demonstrated the commitment towards her in his personal life that was a central tenet of his public, political life.”