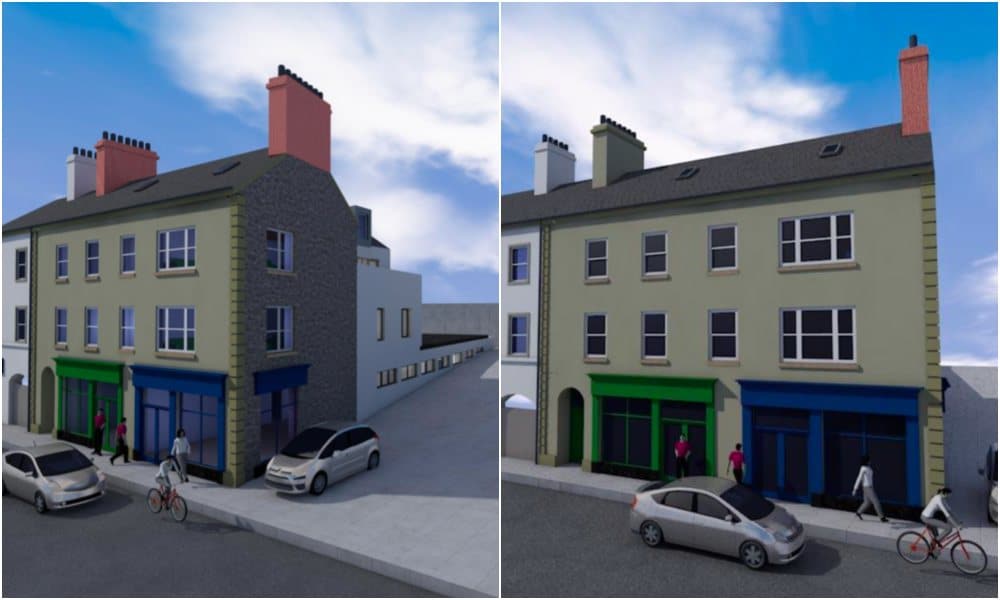 The long-vacant and derelict Dunnes Stores in Armagh is set to be given a new lease of life with a mixed-use retail and residential development on the cards, Armagh I can exclusively reveal.

The submission of a planning application – which would represent a “significant investment” in the city centre – is imminent.

The property at Upper English Street in Armagh has remained shuttered and locked since Dunnes Stores closed back in the 1990s.

A key location in the commercial heart of Armagh, the intention now is to bring it back into productive use.

The ground floor will be given over for retail purposes, while the upper level will be refurbished and renovated to provide stylish new apartments.

The development will be in keeping with the Conservation Area of Armagh city centre.

A spokesperson for the proposed development confirmed to Armagh I that an application is about to be submitted to Armagh City, Banbridge and Craigavon Borough Council for consideration.

He explained: “The plan is to restore the original Dunnes Stores building.

“The original shop downstairs will be restored back into its former glory of a retail unit.

“It will be designed in a way that it will incorporate two shop fronts, so it can be divided into two units or one unit, whatever suits the potential tenants; if anyone looks at the historical pictures they will see that it originally was two units.

“Originally, upstairs used to be years ago a licensed premises. That will be gone.

“But it is now going to be refurbished into five high end apartments.”

There are also changes planned to the roof of the three-storey building, with flush fitted rooflights intended.

“There is a flat roof on it now,” explained the spokesperson.

“The proposal is to reinstate the original pitched roof back on with its high-rise chimneys. This is in keeping with what was originally there.

“This is very sensitively designed to take in what originally was there, the footprint, and trying to create the image of the old style building again.

“It’s been designed with the architecture to the fore historically, taking in all the different issues that there is with the building.” An historical photo of Upper English Street in Armagh

News of the Dunnes Stores plans comes just one week after Armagh I exclusively revealed proposals for 19 apartments at Gosford Place, overlooking the Mall.

These are just some of a number of projects which are ongoing in the city centre.

Added the developer: “It’s great that there’s so many buildings that have been derelict in Armagh that have now designs and are in the process of trying to get planning granted, which will be great to see for the city.

“All told, we are planning an extensive renovation and refurbishment project in bringing back the former Dunnes Stores into use. It’s been derelict now for 20 years or more.”

It will be a major undertaking and painstakingly detailed.

The street has previously lost Greens Barbers, an important building, which stood next to Dunnes Stores.

The developer here hopes to take great care in bringing back the detail of the original Dunnes building structure and being true to the architectural excellence of these historic city centre properties.

The existing stonework will be steam cleaned. The contractor will carefully examine existing stone cills, and repair and clean and make good as necessary.

The stonework around openings will be reinstated and repaired with stonework to match the existing in texture, size, colour etc.

The existing aluminium window unit will be removed and altered to correspond with the front elevation. New hardwood window units will be installed. There will then be a new smooth stone base below the windows and timber pilaster, with the colour to match the existing granite stone footpath.

The windows and door frames to the shop front will be hardwood and will be painted.

All window structural openings will be measured and checked on site by the main contractor prior to the manufacture of the windows, to include factory fitted ironmongery to the door to be tradionally styled brass fittings, key lock and hinges.

For now, the developer and architect are preparing to lodge their proposals shortly and these will subsequently be displayed for the public to have their say before a decision is made by council.