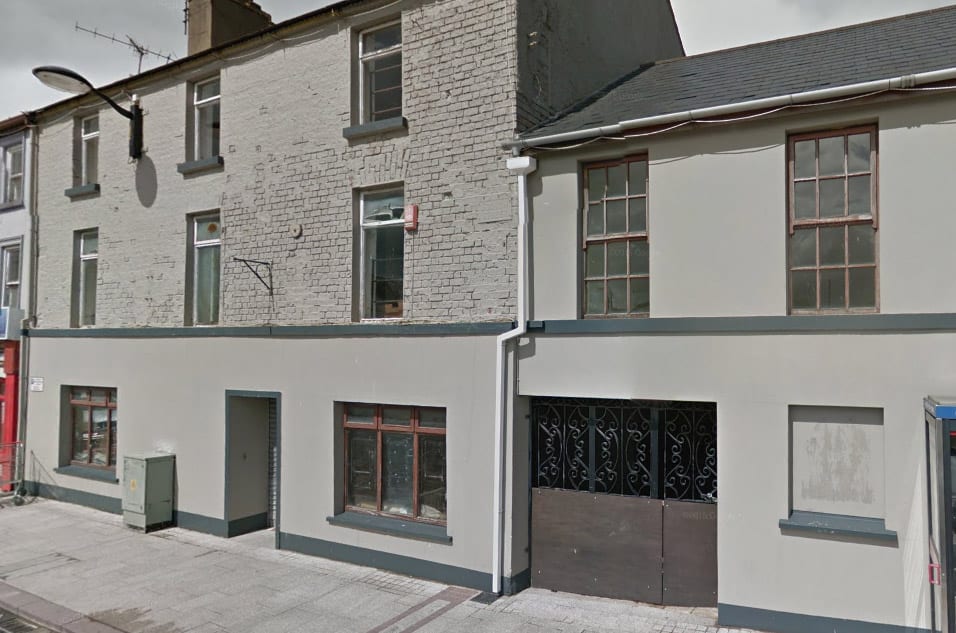 A former city centre bar and night club have gone on the market with hopes high that the properties can be brought back into productive use.

It’s over 25 years since the Calvert’s Tavern bar at the bottom of Scotch Street in Armagh opened for business.

It was a popular pub run by the McClelland family from Tandragee with a thriving night club to the rear.

Previously it had been the Spider’s Rest snooker hall during the 1980s.

But both bar and club later closed and have remained vacant for some years now.

The distinctive building is on a prime location and many local people would be keen to see it redeveloped.

Now it has gone on the market, giving fresh hopes that, if a buyer can be found, it may finally get a new lease of life.

The property is being offered for sale for a cool £400,000 and is being described as offering “an ideal opportunity for both owner occupiers and developers alike”.

The estate agent describes it as follows: “The subject premises are located at the lower end of Scotch Street, directly opposite the public car park and on the prime retail pitch within Armagh. Nearby occupiers to the site include Boots, Gordon’s Chemist, Topshop and Sainsburys.

“The property comprises a disused public house which has been left in shell condition, set over both ground and first floor level. The property is accessed via both Scotch Street and Little Barrack Street to the rear.”