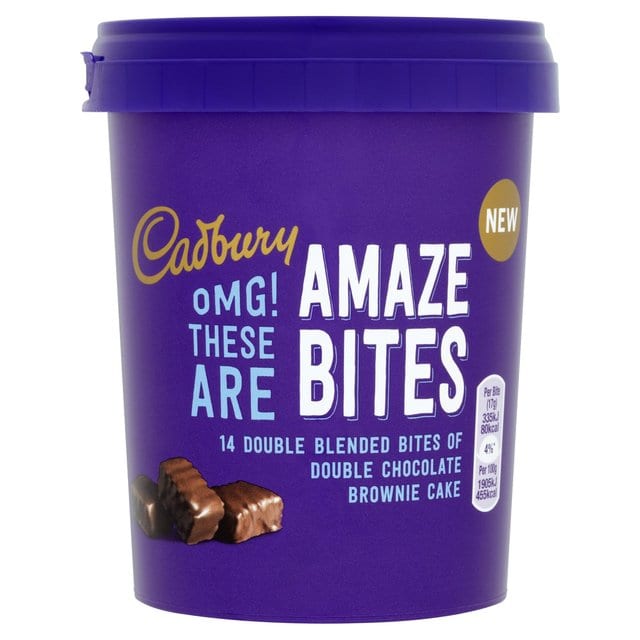 A former Church of Ireland rector has hit out at chocolate giant Cadbury over the branding of a new product – bearing its name – which was launched this week.

Canon John McKegney, who is the retired rector of St Mark’s Parish Church in Armagh, has complained to Cadbury’s via their official Facebook page.

It is not the name of the product – Amaze Bites – which has caused offences; rather the accompanying branding for the sweet treat has left a bitter taste in the mouth.

The cakes, launched in the UK this week and produced by Premier Foods for Cadbury, are on sale at all major retailers.

But beside the name Amaze Bites is the acronym and words: ‘OMG! These are.’

OMG is, of course, popularly understood to stand for ‘Oh my God!’ and, as such, is viewed by many as inappropriate.

And the former city rector also makes reference to the origins of the chocolate and sweet manufacturer, which was founded by John Cadbury, one of 10 children born to Richard Tapper Cadbury, a prominent Quaker.

Canon McKegney has posted a picture, holding a tub of Amaze Bites, on the official Cadbury Facebook page, and asks: “Have you any idea how offensive the use of OMG is?”

And he adds: “I am a very liberal Anglican Christian who takes his faith seriously. Such a reference to God is simply not acceptable.”

Canon McKegney also questions how the branding would be perceived if it were pertaining to another religious belief.

“Could you imagine the reaction if it were with reference to Allah,” he writes.

“The fine Quaker founders of Cadbury’s would be appalled at such a trivial use of the divine name.”

So far there has been no reaction from Cadbury’s to the complaint via Facebook.

Police confirm man’s death is being treated as murder

Armagh, Lurgan and Portadown’s granite pavements to get ‘deep clean’