Fisherman witnessed fish jump from river as over 1,000 killed in Armagh 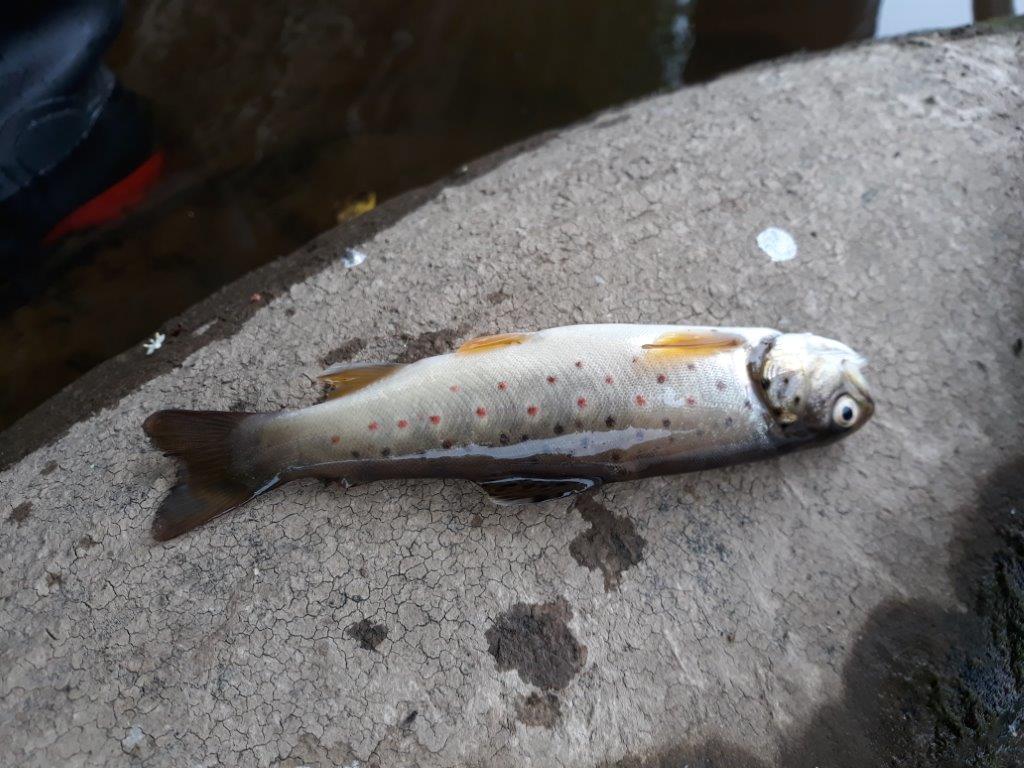 A fisherman witnessed the rare sight of fish leaping on to the banks of the Callan River as more than 1,000 killed in Armagh.

The Northern Ireland Environment Agency (NIEA) has launched an investigation into the incident which saw approximately 1,000 brown trout and 100 salmon killed on Tuesday.

Newry and Armagh SDLP MLA Justin McNulty has expressed his disgust at what has been described as a “major fish kill”.

“A local fisherman was out fishing on the Callan River near Duke’s Lane on Tuesday evening and witnessed fish jumping out of the river onto the banks in an effort to escape the pollutant in the water,” explained Mr McNulty.

“He then immediately reported the incident . The Environment Agency immediately deployed an inspector to the area to investigate and determine the environmental impact.”

He added: “The fisherman told me the river could be seen to be running black from the discolouration of the pollutant. He was really saddened to hear that over 1000 brown trout and 100 salmon mortalities were confirmed.”

“I spoke to the Environment Agency and have been informed their inspector traced the discoloured pollutant and identified that the impact was coming from a specific tributary to the River Callan upstream.”

However, he added, “the sad thing is, the damage to the Callan River has already been done”.

A NIEA spokesperson said: “After receiving a report via the Water Pollution Hotline (0800 807 060) on Tuesday evening (June 12), indicating that there were dead and distressed fish in the river, the agency deployed an inspector to the area to investigate and determine the environmental impact.

“From the immediate investigation, a small number of fish mortalities were confirmed and the river was noted to be running with black discolouration.

“Prior to poor light preventing further investigation, the inspector traced the discoloured pollutant and identified that the impact was coming from a specific tributary to the River Callan upstream of Armagh City.

“An NIEA investigation team was on site early yesterday (Wednesday) and a definite line of enquiry is now being followed.

“To date approximately 1,000 brown trout and 100 salmon have been counted and work is ongoing to assess the full impact.

“Statutory samples have been collected and evidence gathered with a view to initiating prosecution proceedings through PPS. The investigation, under the Water (NI) Order 1999 remains ongoing.

“Following set procedures, the NIEA’s Emergency Pollution Officer notified the Department of Agriculture, Environment and Rural Affairs, (DAERA), Inland Fisheries, so that a joint investigation could be carried out. DAERA Inland Fisheries have confirmed that a Major Fishkill has occurred.”