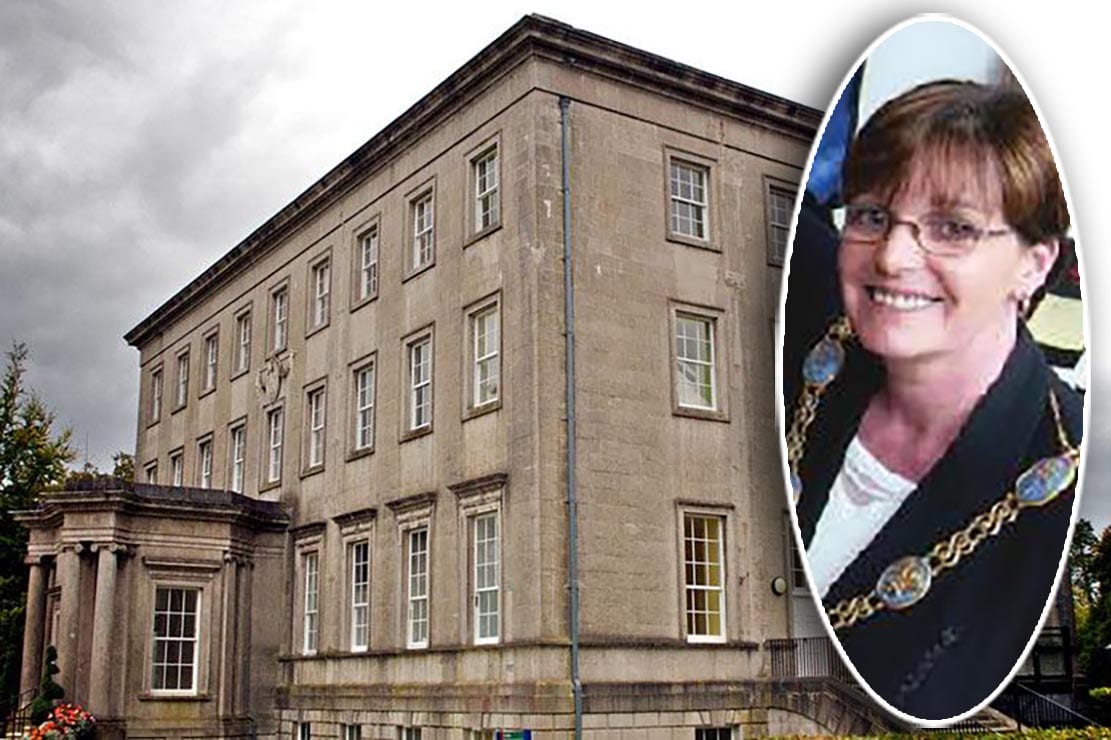 The funeral will take place on Thursday of Pat O’Rawe, Armagh’s first ever Sinn Fein Mayor, who has passed away after a period of illness.

The mother-of-five created history in the City and District when she donned the mayoral chain in 2003.

She had only taken her seat on Armagh City and District Council two years earlier, after being elected to represent the Crossmore Ward.

Mrs O’Rawe passed away peacefully at her home in Middletown on Tuesday.

She had represented Sinn Fein as a party official before being elected in June 2001, taking one of two seats for the party in the Crossmore Ward.

In 2003, she was selected by the party to contest the Newry and Armagh constituency for the Northern Ireland Assembly polls, running alongside then MP Conor Murphy and Davy Hyland.

She helped Sinn Fein to increase its seats from two to three in the constituency – at the expense of the SDLP – and the party has retained that advantage ever since.

She also stood again in 2005 at a local government level – while an MLA – and retained her seat on Armagh City and District Council.

Prior to her term at Stormont, Mrs O’Rawe had been an assistant to Pat McNamee, who had also represented the party as an MLA since the Assembly’s inception and as a councillor in Armagh.

Mrs O’Rawe resigned her seat on council in April 2007 and she was succeeded by now former councillor Mary Doyle.

Sinn Fein has paid tribute and offered condolences to the family.

Newry and Armagh MP Mickey Brady said the party locally was “deeply saddened” by the news.

He described Mrs O’Rawe’s election to the role of Mayor of Armagh City and District Council as “an important moment for the local Sinn Féin organisation and for the district”.

And Mr Brady added: “Pat’s many campaigns helped to advance the fight for Irish unity and equality.”

Party colleague and Sinn Féin MLA in Armagh, Cathal Boylan, added: “On behalf of Sinn Féin and the wider community in Armagh, I want to extend our​ deepest sympathies and condolences to the O’Rawe family at this difficult time.”

Pat O’Rawe’s funeral will take place on Thursday morning, leaving her home at Ivy Park in Middletown, at 10am, for Funeral Mass at St John’s Church, at 11am.

She will be be greatly missed by her grieving family, her husband Danny, sons and daughters, Dano, Sean, Sinead, Kevin and Niamh, their partners Ann-Marie, Damien, Aisling and Eamon, and grandchildren Megan, Ronan, Emily, Dylan, baby Aidan, Erin, baby Callen, Grace and Aimee.

The family home will be private from 10pm tonight (Wednesday).

Family flowers only are requested, but donations in lieu are encouraged to support the work of Marie Curie, c/o Edward Hughes Funeral Director, or any family member.

To Mrs O’Rawe’s family, we offer our condolences at this saddest of times. RIP.