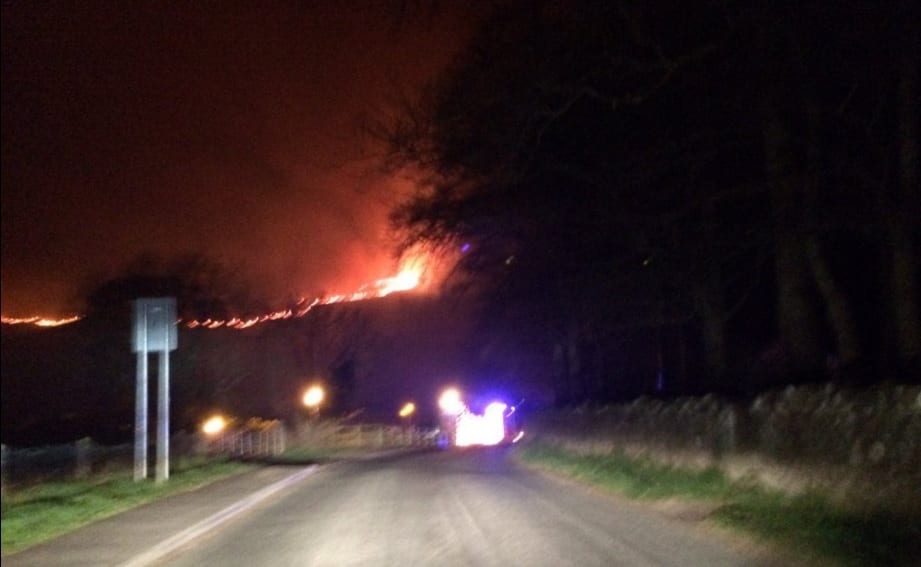 A ferocious blaze which destroyed a huge area of vegetation in south Armagh has started deliberately.

The Northern Ireland Fire and Rescue Service were called to the scene at Slieve Brack mountain late on Sunday evening.

The south Armagh night sky lit up as the gorse fire erupted above Forkhill and could be viewed as far away as Dundalk.

Locals were told to remain inside.

Firefighters were forced to allow the fire to burn itself down to a point where they could move in to tackle it, as initially it had been inaccessible.

The blaze continued to smoulder and is reported to have flared up again last night (Monday).

Fire personnel had to move in again and remained at the scene until around 5am today (Tuesday).

The full extent of the damage to the local environment cannot yet be ascertained.