"It's all for a day's craic and just remembering Harry." 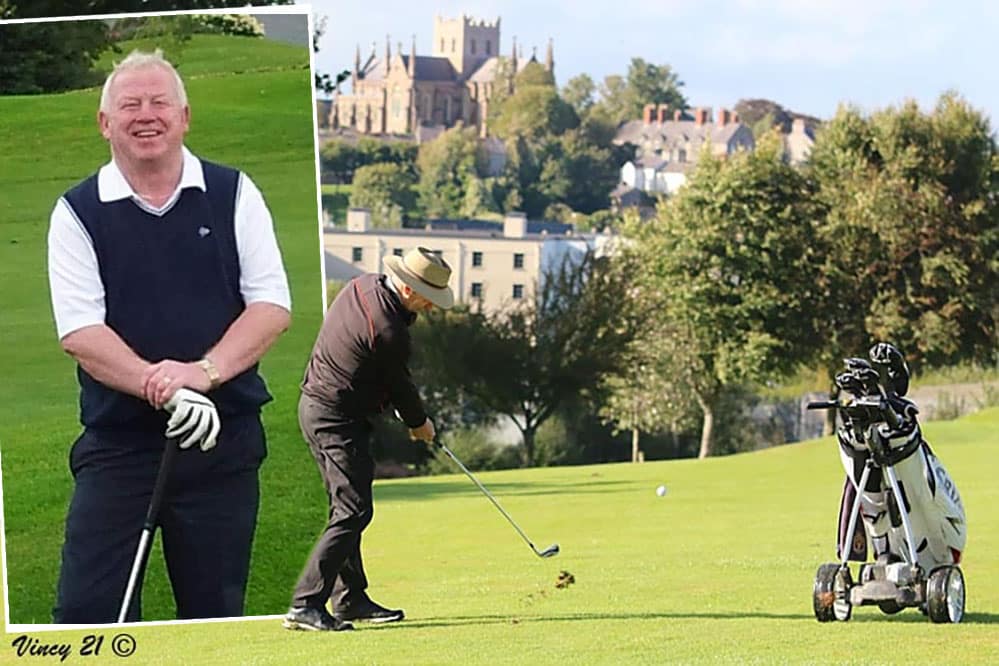 A golf day is set to be held this September as the 2nd annual ‘Harry’s Day’ event, a fundraiser in memory of Armagh man Harry ‘The Legend’ McGeough, who died in 2020.

This year’s offering will be taking place on Friday, September 23 at the Armagh County Golf Club – with proceeds in aid of Chest, Heart & Stroke NI.

Harry (75) was a well-known local man, not only through being involved in a number of local sporting clubs, but also through singing at weddings and bars.

The inaugural fundraising day to remember Harry took place in September 2021, a year after he sadly passed away on September 15, two days after contracting Covid-19.

Harry had been battling cancer for seven years prior to his passing, and in recognition of the care he received at Craigavon Area Hospital, and in memory of his life, Harry’s wife Brenda set up ‘Harry’s Day’, which she hopes will become an annual event.

“He was just very sporty in general and anything with a ball he seemed to hit it,” said Brenda.

“He was a keen golfer. He played all over Ireland, he played in America. Even on holidays he always had to get up for a round of golf.”

Last year saw 64 golfers taking part, and with the easing of Covid restrictions over the past year, Brenda hopes that this year can be even bigger, as last year was “such a success”.

“At the start, I wanted it just to be a one-off to raise as much money for the Mandeville Unit, because he was down there for seven years,” said Brenda. “But my brother said, why only do it one year? Sure, keep it going.”

“It’s all for a day’s craic and just remembering Harry.”