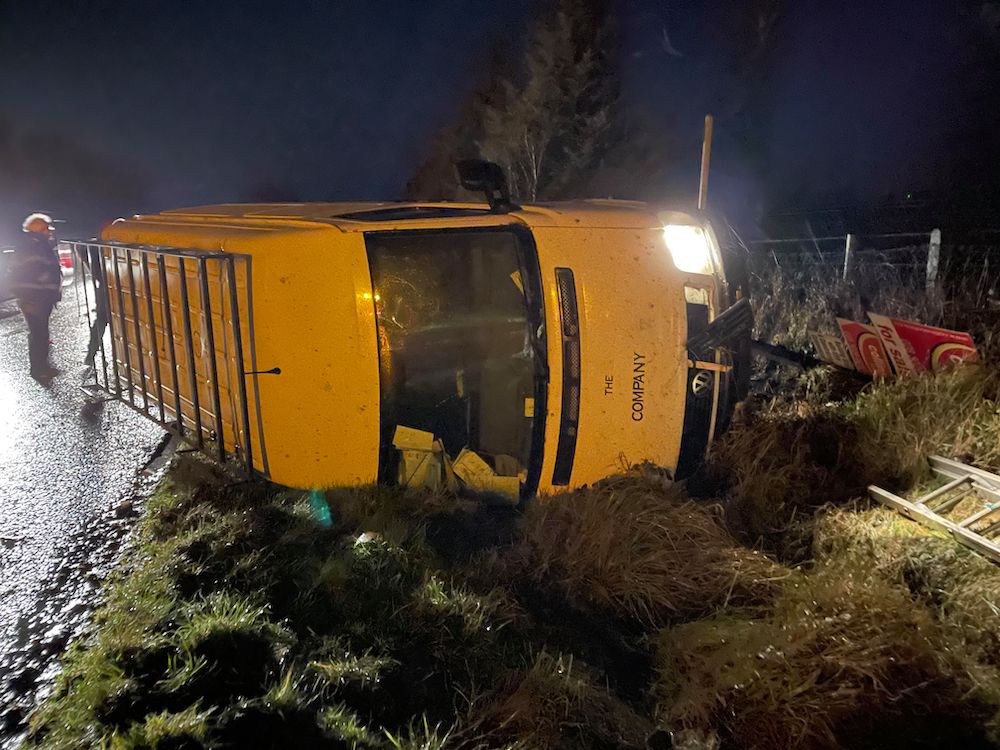 A van driver was lucky to walk away relatively unharmed following a frightening three-vehicle collision outside Armagh early this morning (Wednesday).

The collision, involving a lorry and two vans, happened on the Gosford Road in Markethill shortly before 7am.

One of the vans ended up on his side, just off the hard shoulder, while the other vehicles sustained substantial damage.

Luckily, the driver of the overturned van was able to get himself free and out of the van without the aid of emergency services.

A police spokesperson confirmed to Armagh I that officers attended the scene, shortly after 6.50am.

However, they said there were no reports of any injuries to police at that time.

There were no reports of any arrests.

Fortunately, the incident only caused minor disruption for motorists travelling in both directions this morning.