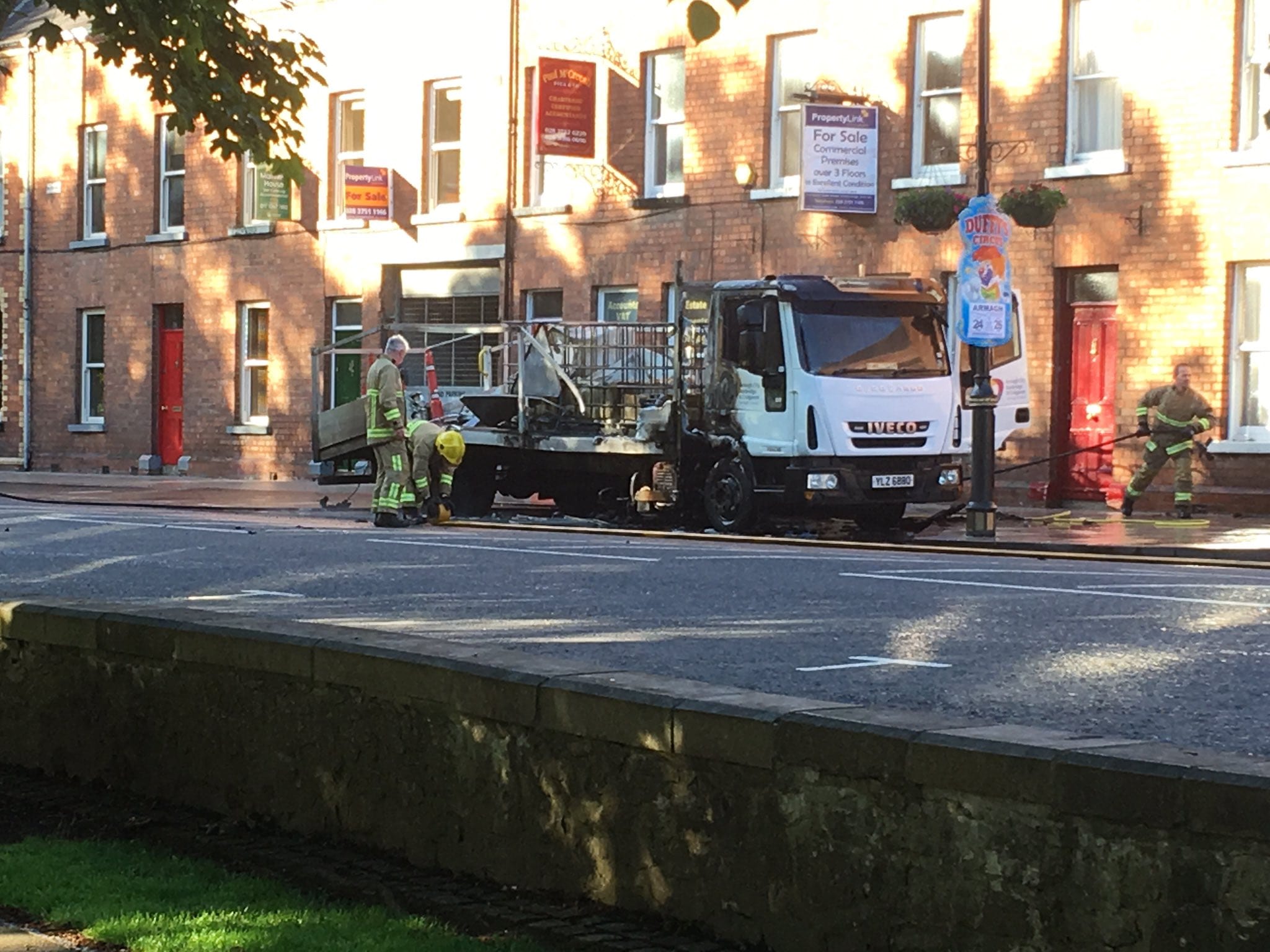 The driver of a lorry which burst into flames earlier on Friday morning received minor burns to his face.

The Council employee, who was out washing the streets around the Mall, was taken to Craigavon Area Hospital following the incident.

The injured man has since been discharged from hospital.

Residents nearby reported hearing a loud bang, akin to an explosion, before plumes of smoke billowed into the early morning sky around 7am.

Firefighters were called to the blaze which gutted the Council vehicle.

A Northern Ireland Fire & Rescue Service (NIFRS) Spokesperson said: “NIFRS responded to a call just before 7am this morning to a lorry on fire at The Mall West, Armagh.

“The cause of the fire was determined as accidental. A male involved in the incident sustained superficial burns to his face.

A spokesperson for Armagh, Banbridge and Craigavon council said: “We can confirm an incident occurred this morning (Friday 21 June) at approximately 7am in Armagh, where a council street cleansing vehicle caught fire.

“The NI Fire and Rescue Service attended and swiftly dealt with the incident. The vehicle has been recovered and a clean-up operation is underway.”

The council said they are investigating the incident and thanked the emergency services for their response.

“A member of staff sustained minor injuries and was taken to Craigavon A&E Department for treatment, and was later discharged that morning from hospital.

“We would like to thank our council staff and the NI Fire and Rescue Service for their prompt response. The council is currently investigating the incident,” the spokesperson added.